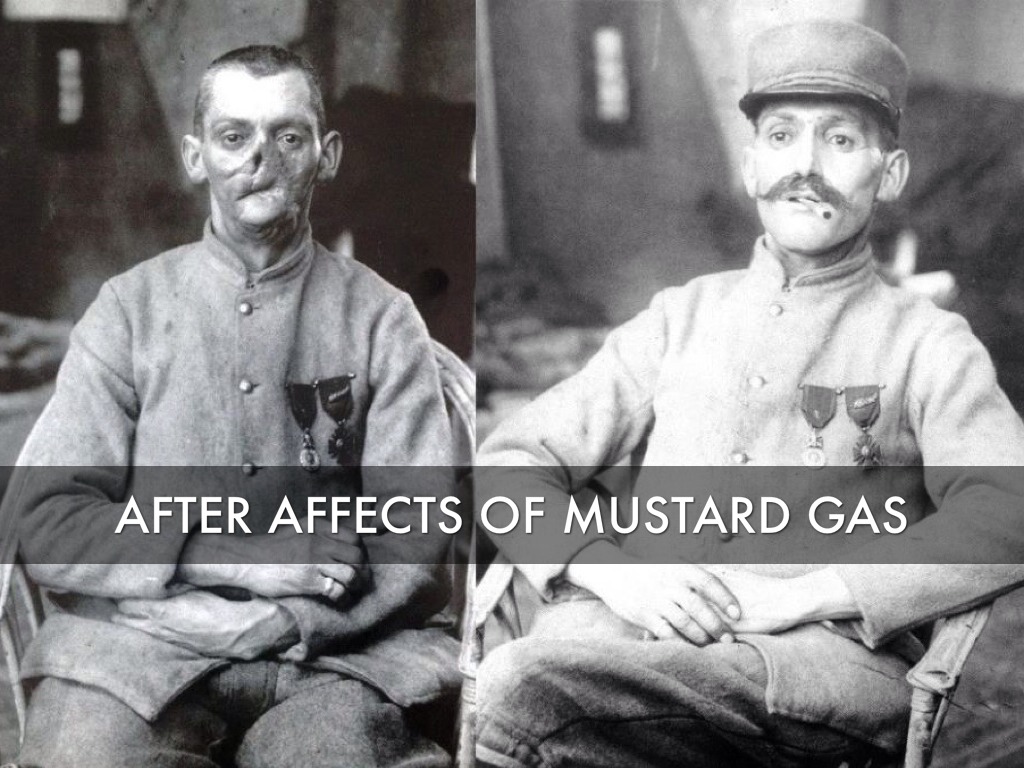 Mustard gas has been used as as weapon of mass destruction since WWI.  Despite international bans, it is still available today, and it has most-recently been used in the Syrian civil war on soldiers and civilians alike.  Mustard gas is also something that terrorists are keen to get their hands on, and it’s not beyond the realm of possibility that we can experience an attack at some point in the future.  Consequently, it’s a good idea to take a few moments and become more-familiar with this highly-effective and debilitating agent just in case we’re at ground zero when if and when that time comes.

What is Mustard Gas?

Mustard gas, despite its name, is actually a sulfur-chlorine based compound that produces what some consider to be a mustard-like smell when it is disbursed.  However, most agree that it has more of a garlic or sulfur scent.  It is a clear gas that leaves an oily residue that has a slight yellow to orange tint, and it can easily be absorbed through the skin.

The gas is heavier than air, which causes it to sink and settle on surfaces, and it is not flammable.  However, it is caustic.  In high concentrations, mustard gas can be fatal, however, most people who are exposed will not die directly from the agent, even if they end up with life-long disabilities and chronic disease as a result.  However, there are strong links between mustard gas and a variety of cancers because the agent alters human DNA.

Mustard gas is primarily used as a way to incapacitate a large number of people at one time, and this is why it was such an effective weapon to use on the battlefield.  However, unlike other agents, it can take anywhere from a few hours to more than a day before symptoms of exposure develop.

Mustard gas attacks sensitive mucus membranes in the eyes, nose, mouth and respiratory system.  It also is caustic to the skin, and the oils can produce painful yellowish blisters that are filled with pus.  Depending on the level of exposure and how long it takes to be decontaminated, mustard gas can leave severe and permanent scars and disfigurement.

If inhaled, the gas will destroy the sensitive lining of our respiratory tract which can open the body to all kinds of opportunistic infections.  Additionally, chronic respiratory problems can also develop which often get worse over time.  Blindness can occur if the gas gets in the eyes, and painful blistering in the mouth and throat can also leave permanent damage as well.  This is a terrible agent that is merciless in the sense that it doesn’t kill victims, rather it leaves them to suffer.

Since mustard gas can cause damage through inhalation as well as via contact with the skin, protecting the skin and mouth are key to minimizing the effects of exposure.  Special gas masks are available that will filter out the gas, and covering up exposed skin and shielding our bodies during an attack can minimize how much gas can adhere to our bodies.

Dealing with inhalation is much-more difficult than removing the agent from the skin and hair.  Consequently, having a suitable gas mask or finding another way to protect from inhaling the gas is paramount.  However, decontamination following skin exposure is remarkably-simple.  The first step is to remove any contaminated clothing and set it aside in a dedicated area.  Next, scrub the victim with soapy water in a downward motion so the gas and tainted soap flows off the body.  Keep them warm and dry to delay the onset of shock before seeking immediate medical care.

Keep in mind that mustard gas is just one of a number of biological agents that we can be exposed to during an attack.  While the likelihood of being caught up in an attack is rare, it is a possibility, and it would behoove all of us to have some basic protection on hand just in case.  Take some time to learn more about mustard gas, and other chemical agents, that we may encounter during a crisis so that you can prepare accordingly and minimize the chances of being victimized by exposure.