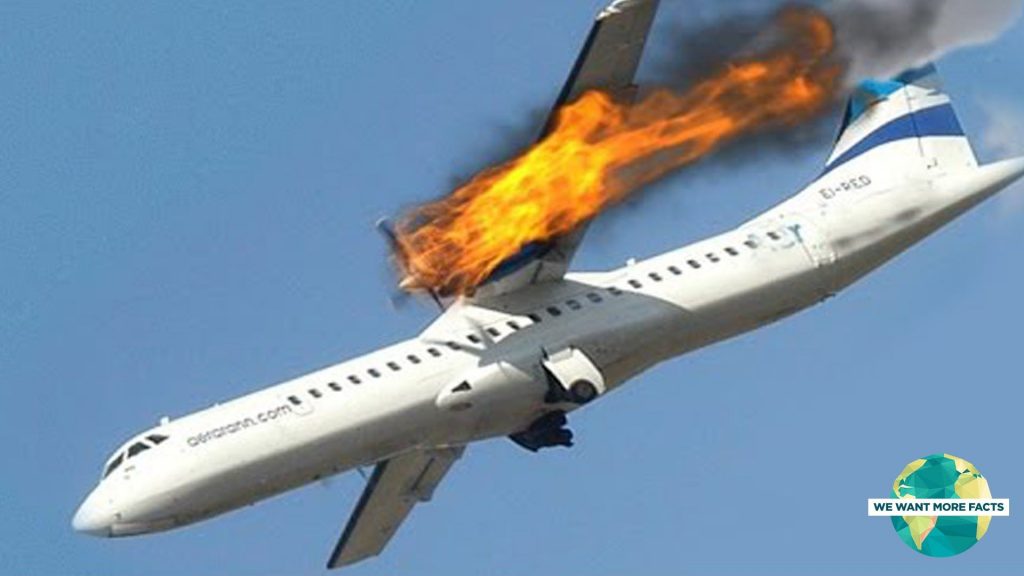 The vast majority of plane crashes are survivable, and only a small percentage are considered to be catastrophic.  While there isn’t much that we can do on a doomed flight in which there’s no recovery, such as an explosion, total loss of control or the plane breaking up, there are a lot of things that we can do in many other situations.  Let’s take a closer look at some tips that are recommended from flight crews that may be able to help us to emerge from an incident relatively-unscathed.

Big planes are not only designed with safety in mind, but they are also flown by more-experienced and better-trained crews, and the majority of them are operated by well-funded airlines.  On the other hand, puddle-jumpers are usually older planes that are flown by inexperienced crews, and they are usually operated by carriers that don’t have a lot of money.  While there are some small, regional carriers that have excellent safety records, the majority of fatal crashes involve independent, charter or small, feeder airlines.

Big planes also provide passengers with more room to move around, along with multiple emergency exits that provide for fast evacuation.  Keep in mind that a lot of tragedies occur after a plane is on the ground and passengers can’t escape in a timely manner.  In a nutshell, being in a larger plane increases the odds of being able to evacuate quickly.

There’s really no difference between an aisle or window seat in terms of being able to escape as quickly as possible.  What matters most is that you choose a seat in a row that is near an emergency exit.  As a general rule of thumb, pick a seat that is no more than five rows away.  This will increase your chances of getting out before the cabin is overcome with smoke or fire.  It’s also important to be mindful of exits that are behind you as well, and ideally, you want to position yourself somewhere in the middle so that you have more than one escape route available.

Skip the heels, flip flops and slippers, and make sure that your shoes are on as soon as trouble arrives.  Choose shoes that will provide support in addition to protection if you have to walk over sharp debris, uneven terrain or great distances before reaching safety.  You also want to choose clothing that can provide you with maximum mobility so that you can move away from danger as quickly as possible.  Finally, chose clothing or accessories that won’t snag on things as you are trying to make your escape.  Think jeans and a comfortable shirt with some good street shoes.

Glance through the safety card in the seat pocket in front of you.  Listen to flight attendant safety briefings.  Don’t sit near emergency exits unless you KNOW that you can get that window open and help passengers to escape.  Be mindful of your surroundings and obstacles that may get in your way if you need to evacuate.  A little bit of mindfulness and situational awareness can be the difference between life and death following a crash.

The majority of crashes occur within five minutes after takeoff or 10 minutes before landing.  Be ready to respond with little or no warning during these phases of flight.  Keep your belongings stowed to keep exits clear, try to avoid wearing headphones so you can hear flight attendant announcements, and don’t take off your shoes.

Passengers who are able to escape the cabin within 90 seconds of a crash are most-likely to survive.  Consequently, you don’t want to have anything encumbering your exit, and taking personal items with you can not only interfere with your ability to make a hasty exit, but it can also cause back-ups behind you as well.  You may encounter some kind of material loss as a result, but lives will be saved, and that’s a lot more-important.

Finally, we’ve talked about this before, but it’s worth mentioning again:  Sit behind the wing or in the back half of the aircraft whenever possible.  Most fatalities and serious injuries occur in the front of the plane, around the engines or over the wing.  While flying in economy may not be the most-comfortable option, the back third of the plane will most-likely receive the least amount of damage.

While flying is the safest form of public transport, it’s still important to be mindful of what to do during an emergency before you get on board.  Take some time to think about how you would react during a crash, and keep these and other tips in mind as well.  The more you prepare yourself now can increase your chances of surviving an accident later, and you definitely want to do everything you can to put the odds in your favor.