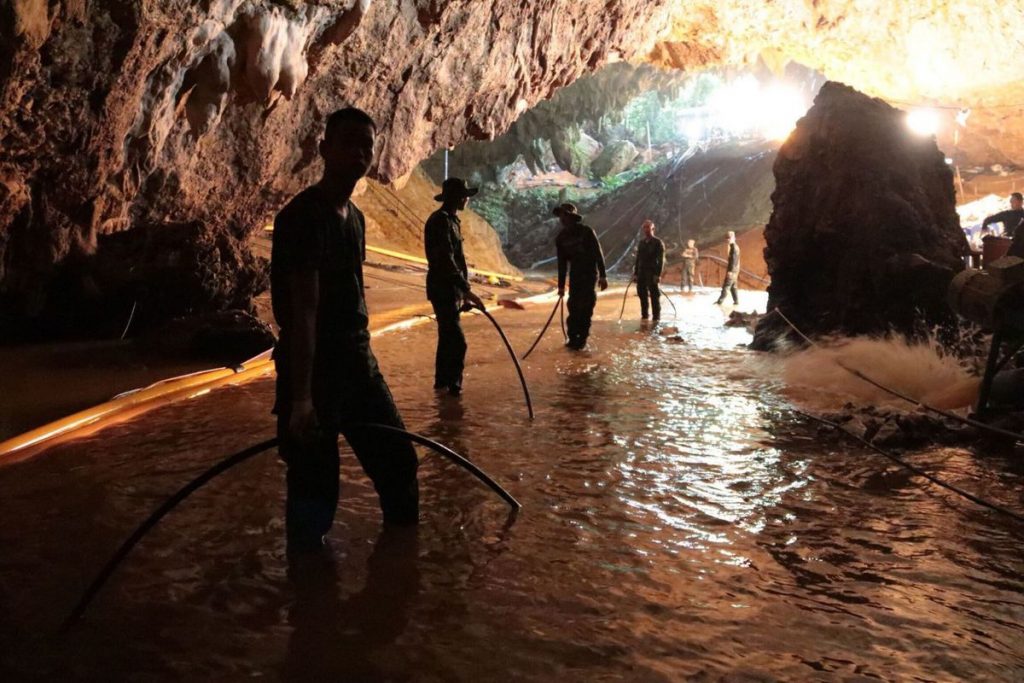 The Wild Boars’ ordeal in a Thai cave, that lasted for nearly two weeks, came to a happy and miraculous ending after rescuers were able to bring the entire team to safety.  It’s hard to imagine what it’s like to be trapped in the bowels of the earth with minimal provisions, and their story will undoubtedly captivate the attention of millions as it gets told.  While the world waits for details of their ordeal to become public, there are some things that we can start thinking about and incorporating into our preparedness efforts today.

The team were surrounded by water the entire time they were in the cave.  In fact, it was water that trapped them inside and forced them to seek out higher ground.  However, unless they had some kind of purification or filtration system available, chances are that much of the water that surrounded them wasn’t suitable for consumption.  It would most-likely be laced with a variety of contaminants, including feces from bats, rats and other cave-dwelling mammals.  Additionally, there’s a good chance that the water pooled around the ledge the boys were using as a perch was also contaminated by their own waste as well.

Consequently, they would have needed to find creative ways to relieve themselves, protect their water supply or obtain water from a safe source.  We all know that the human body can only go a few days without water, so it is almost a foregone conclusion that the boys were required to drink from filthy water in order to stay alive, despite the risks.  We may never know whether or not they got sick in the process, but it’s something that we should think about as we could easily find ourselves in a similar situation during a prolonged crisis.

Imagine being in total darkness for the majority of the time that you’re trapped.  Hopefully the coach, or some of the boys, brought flashlights or their cell phones.  However, whatever light they had on hand needed to be rationed and used very sparingly in order to conserve power as the days wore on.  Imagine the psychological impact that being in total darkness would have, as well as all of the practical difficulties associated with grappling in the dark.  Even if you had some provisions with you, think about how you would be able to access them and put them to good use if you couldn’t see what you were doing.

We often think about the importance of being able to access or produce light in a survival situation, but we don’t always consider the impact of being in the dark for extended periods of time.  Factor this possibility into your planning, and consider doing some drilling in order to get a taste of what to expect as well as how to cope.

The first rescuer that encountered the boys recounted that he was able to hone in their location by smell before hearing their voices.  My guess is that not only did they have serious body odor, but their urine and feces also contributed to the horrendous smell that led to their discovery.  In some ways this is a blessing in disguise, but it also makes an already desperate situation even more-difficult to contend with.  Make sure that you have some kind of plan that can separate you from your waste, and that plan should also include isolating and containing that waste as well.

It also calls attention to the importance of hygiene and sanitation.  Sooner or later the boys would have gotten sick from exposure to an array of microorganisms that thrive in these types of environments.  Strong odors can also attract all kinds of unwanted encounters with vermin, insects and predators alike.  Consequently, it’s essential that we have some kind of system in place that will allow us to stay as clean as possible during a crisis.

There was mention that the boys left much of their belongings at the entrance to the cave.  This suggests that they didn’t have a lot of resources or provisions with them once they got trapped.  It’s also well-understood that the group only planned on going for a short trip and didn’t see the need to bring a lot of stuff with them.  All of us are guilty of tempting fate at one point or another, but this is a perfect example of why it’s always best to prepare for the worse and bring along some minimal supplies, even if we’re convinced that we won’t need them.  It only takes one mishap, one freak of nature or one unexpected problem to make us wish that we weren’t so over-confident.

As we all start to armchair-quarterback what happened and how we would manage if we were in their shoes, think of other unexpected by-products associated with being stuck in a cave for more than a week.  While chances are that most of us won’t experience a similar situation anytime soon, there are still things that we can glean from this incident to apply to other crises as well, and reflection can help us all to be better-prepared for whatever calamity may come our way.