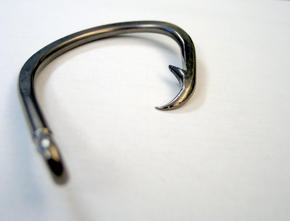 Fishing
It’s just as easy to fish for turtles as it is to trap them if you are using a pond or still body of water.  All you need to do is bait a large hook, attach it to some paracord or rope and anchor it in the water.  If you are fishing in a small pond, you can attach a milk jug to the end of the line and allow it move freely in the water once a turtle has been caught.  Both options work just as well with a little bit of patience and setting the trap in the right place.

Turtles are not too particular when it comes to food.  They like a range of meats, insects as well as vegetables, and they are used to scavenging for small pieces of food.  Gizzards from chickens and turkeys make for good bait due to their smell as well as ability to remain on the hook once the rig has been set.  Make sure to choose a hook and bait according to the size of the turtle that you want to catch, and try to cover the hook with enough bait to hide it from view. 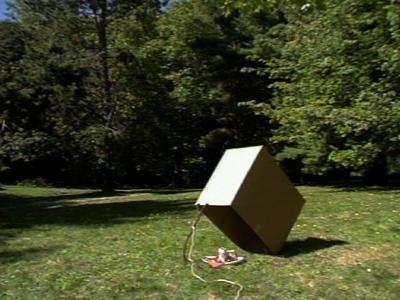 Box Trap
Constructing a box trap is a more humane and hands-off way to catch pond turtles.  While there are a lot of designs out there, the basic principles are pretty much the same.  You want to lure the turtle into a box and cause it to fall inside so it can’t escape.  All you need is some chicken wire, six boards, some nails, a rod and a way to tie the box to the shore.

The first step is to take some boards that are around six inches wide and nail them together to form the box.  Nail or staple the chicken wire to the bottom of the box.  Place the box in water that is only a couple of inches deep or else along the shore near the water.  Take another board and lean it up against one of the sides of the box.  The turtle will use this as a ramp to crawl up and approach the bait.

The hardest part of building this trap is installing the rod and slip-board that will cause the turtle to fall into the trap.  You want to have a plank that crosses the top of the board from where the ramp meets and extends into the trap.  The plank needs to be able to swivel or teeter so the turtle will loose its balance and fall inside.  Boring holes into that side of the trap and installing a rod that can support the plank is the easiest way, but you can also screw in a rolling pin or other similar object to accomplish the same task.  Just anchor the plank to the roller and test to make sure that it will spin completely around without getting snagged on the box.

Finally, you want to take some two inch nails and hammer them at a 45 degree angle around the inside of the trap.  Place them a couple of inches below the rim and space the nails a couple of inches apart.  This will help to keep the turtles from escaping by making it impossible for them to crawl out.

The only other thing to think about is where to place the bait.  You want it to be situated near the plank so the turtle will think that it can reach it.  You can use a hangar and string the bait from above, or you can use some wire and string it across the box.  Just make sure to use enough to attract attention.

Check on the trap a couple of times a day and don’t be surprised if you find some other animals inside as well.

Both of these methods are an efficient way to catch turtles without spending a lot of time or energy on the process.  Try it for yourself and experiment with different variations, and you can give yourself easy access to this excellent food source.