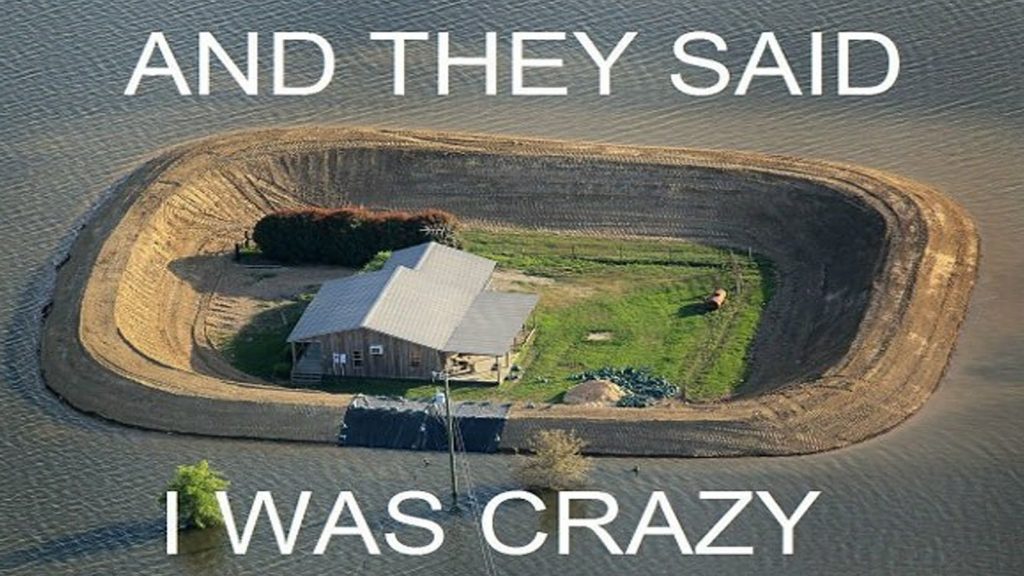 If you’re one of the millions of people who are engaging in one form of prepping or another, rest assured that some prominent members of the mental health community have decided that you’re not nuts.  In fact, research has shown that prepping is becoming more-mainstream than ever, and that people are doing it for reasons that are more-rational than before as well.  While most of us don’t need to have the blessings of shrinks to know that we’re doing the right thing by prepping, some of their conclusions are insightful nonetheless.

In one of the rare instances of being honest with the public, government agencies across the country have been actively-warning people that emergency services may not be reliable or even available following a crisis.  This is the stark reality that preppers have accepted over the years, and not it’s official.  Consequently, people in the mainstream are taking more steps to be self-reliant for a few days to a few weeks after disaster strikes.  This is good news, however, it’s also an indication that the likelihood of having to fend for ourselves in that type of situation is greater than ever as well.

While contending with extreme or apocalyptic survival situations makes for great television, the growing prepper community is more-focused on emergencies and crises that are less-catastrophic.  Things like going a few days without power or not being able to get gas or food at the supermarket following an emergency are things that are at the forefront of the minds of people these days, and they’re prepping accordingly.

This is actually good news, because the vast-majority of threats or survival situations that we will encounter will most-likely be associated with minor problems that have a localized impact.  Consequently, more and more people are becoming prepared for these little hiccups, and this places everyone in a better position when they come along.  Not only do the people who have prepped have more options, but emergency services won’t be as burdened with an overwhelming influx of people who didn’t prep who are seeking help.

Prepping for the General

People are also starting to create general preps that can prove to be beneficial during a wide-range of different emergencies.  Having all-purpose survival kits and bug out bags, developing skills, and learning how to handle a lot of things that we normally outsource are just a few examples of how people are covering their bases.  This is also good news because this means that more and more people are recognizing the extent of threats that we face, and they want to be in an advantageous position if and when they come along.

That being said, researchers also uncovered that constant media coverage about local, national and global problems are making more and more people nervous (big surprise there), and that all of this bad news is contributing to undue panic and uncertainty.  Whether the cause is legit or just hype to generate ratings, the effect is that more and more people are starting to think about how they would manage if a wide-range of problems befell them.

How does your perspective of prepping align with these findings?  Are you a practical or panicky prepper?  Are you motivated by fears surrounding current events, a catastrophe, or are you simply trying to cover your bases for the unexpected?  Feel free to share some of your thoughts, because no matter the reason, our experiences with prepping can help us all to become more-equipped for any uncertainty that lies ahead, and we’re not crazy for thinking this way after all.