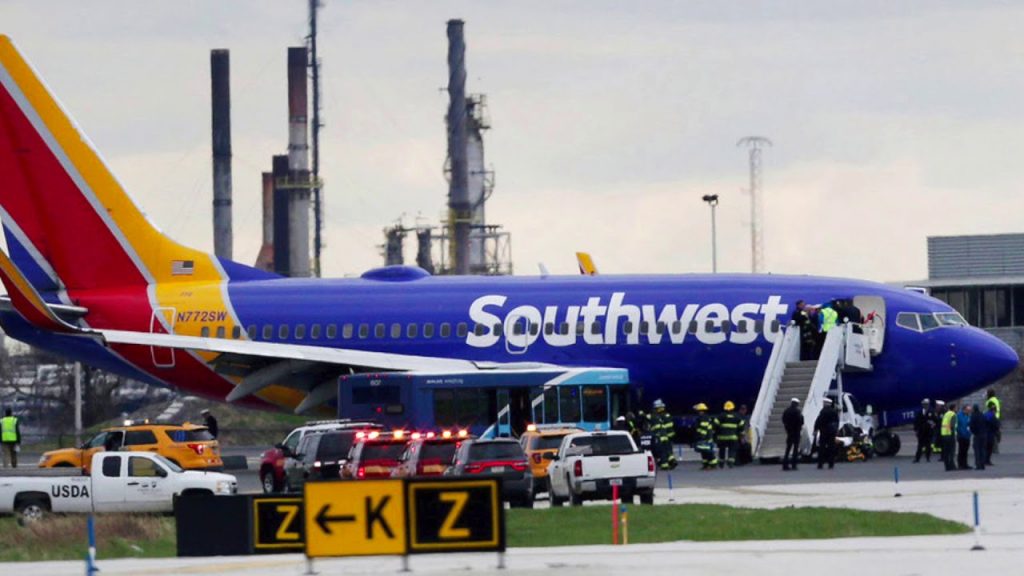 Almost everyone involved in getting Southwest flight 1380 safely on the ground following an engine explosion are viewed as heroes.  Even the passengers are being credited for remaining calm during the crisis despite enduring moments of sheer terror and uncertainty.  While this story has a happy ending for the most part, things could have been a lot worse if the plane was just a little bit higher in the sky.

This is because the vast majority of passengers didn’t pay attention to the part of the pre-flight safety briefing that talks about how to use the oxygen masks.  While pictures and video clips from the flight show that the majority of passengers were wearing them, most were wearing them wrong.  Stories of people not putting their own masks on before helping others were also common.  Both of these reactions to the accident could have led to tragic consequences if the plane was flying higher than 32000 feet when the tragedy occurred.

Air quickly becomes “too-thin” to properly provide us with oxygen as altitude increases.  Even at altitudes of 6000 feet, people can feel winded until their bodies adjust.  By the time we ascend through 10000 feet, we will need to start thinking of using supplemental oxygen tanks, and once we pass through about 13000 feet, they become a necessity.  All commercial aircraft carry emergency oxygen supplies for passengers and crew.  However, most are intended to provide enough oxygen to sustain everyone until the aircraft descends to around 10000 feet.  This is why the first things that pilots do when there is a rapid depressurization is to descend as quickly as possible.

Without supplemental oxygen, people on board an aircraft, say at 25,000 feet, will be able to last for about 5 minutes before they start to feel the effects of oxygen deprivation.  However, once aircraft reach cruising altitudes above 40000 feet, people only have about 5 seconds to react before passing out.  That’s how much time pilots have to don their oxygen masks in order to stay conscious, alert and capable of flying the plane.  In the case of Southwest 1380, everyone had under a minute to get connected to oxygen.

Close but no Cigar

While everyone got their masks on in a timely manner, most passengers only covered their mouths.  Many also delayed giving themselves oxygen so they could help others.  Unfortunately, if this accident happened at a higher cruising altitude, many would have passed out as the majority of oxygen would have drifted into the air instead of flowing into the lungs.  Covering the nose and mouth creates a better seal and minimizes the amount of oxygen that is lost.  Additionally, contrary to our instincts, we actually breathe in greater volumes of oxygen through the nose than the mouth.  Consequently, passengers were only inhaling a small percentage of oxygen that was available.

It’s a small oversight that can have big ramifications, and what happened aboard flight 1380 illustrates why it’s so important to pay attention to safety briefings.  A small part of the safety mantra discusses how we need to cover our mouths and noses BEFORE providing oxygen to children or other passengers nearby.  Not following this step can lead to additional casualties if people pass out before they are able to help themselves or others.  Fortunately, in the case of Southwest 1380, the plane was able to get low enough, fast enough, where the worst-case scenario didn’t occur.

The lesson to learn from this is to not only pay attention to safety briefings, but to also be able to act appropriately without having a lot of time to think first.  This is where most passengers missed the mark, and if circumstances were just a little bit different, many could have died in the air.  So, the next time you fly, listen to what the flight attendants are saying, read the safety card, and mentally run-through how you will put those steps into practice if you encounter an unexpected in-flight emergency.