Home
|
Survival News
|
Like Wild Mushrooms? Eating This One Can Kill You 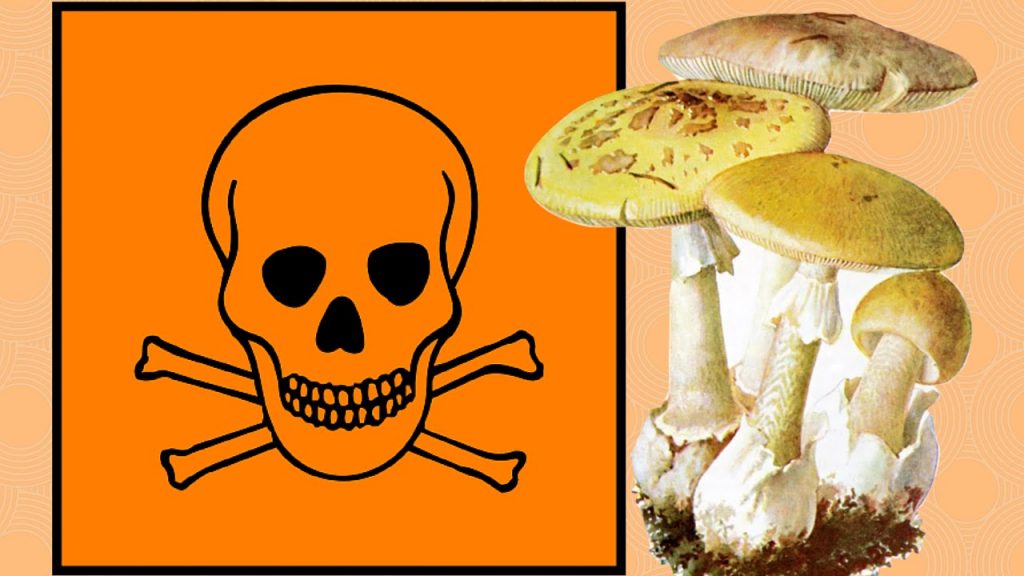 There are dozens of common, wild mushroom species that are toxic to humans, and next to drinking tainted water, eating wild mushrooms is actually the leading cause of illness in the field.  One species in particular is so toxic that ingesting as little as a handful or two can be fatal.  Let’s take a closer look at the Death Cap mushroom and why it should be avoided at all costs.

The death cap doesn’t look like many of the usual suspects when it comes to toxic mushrooms.  In fact, it can bear a striking resemblance to a number of species that are considered to be safe during various stages of its life.  Consequently, many who thought they were being careful ended up making the wrong choice despite their best efforts.  To make matters worse, some victims have claimed that these were the best mushrooms that they’ve ever eaten.

One of the reasons that the Death Cap is so dangerous is that the toxins get recycled in our bodies until they finally get filtered by the kidneys.  Death Cap mushrooms produce toxic compounds called amatoxins.  About 40 percent get filtered by the kidneys and leave the body through our urine after digestion.  However, the remaining 60 percent goes into the liver where it poisons cells.  It then moves to the gall bladder and does the same thing.

As we eat, bile from the gall bladder that contains amotoxins is released into our digestive systems before going back into the liver and the cycle repeats itself.  While the kidneys will continue to process and eliminate these toxins, it can take quite some time before they are removed from the body.  Severe damage to the liver, gall bladder and kidneys can occur during the intervening time.

Additionally, dehydration plays a major role in causing kidney failure because poisoned individuals need a lot of fluids to dilute and remove the amotoxins.  However, since many people, as well as doctors, aren’t initially aware that these problems are associated with mushroom poisoning, irreversible damage commonly-occurs during the intervening time as well.

Symptoms of poisoning mimic many other ailments, and this often causes the condition to be mis-diagnosed.  Early symptoms usually show up within 12-24 hours of exposure, and they include things like nausea, upset stomach, digestive discomfort, vomiting and diarrhea.  Strangely enough, symptoms often subside after a couple of days, and this leaves people with a false sense of security as the poison continues to attack the liver and kidneys.

However, symptoms return with a vengeance and increase in their severity around days 3-5.  Jaundice and liver failure can follow within a couple of more days.  Renal failure is also common, particularly if the victim hasn’t been properly-hydrated.  Intensive medical intervention will be required at this stage, including the need for a liver or kidney transplant.  Unfortunately, most people don’t survive once jaundice sets in, and even if they do, damage already caused can be irreversible.  This is a terrible way to die.

Let this serve as a reminder of the importance of being sure that you know how to identify mushrooms in the field in order to avoid accidentally ingesting a Death Cap or one of dozens of other toxic species.  If you do get sick within a few hours of ingesting mushrooms, don’t hesitate to get to a hospital, and try to bring a sample whenever possible so doctors can make an appropriate and timely diagnosis.  Remember that early intervention is key to survival, and every hour counts.