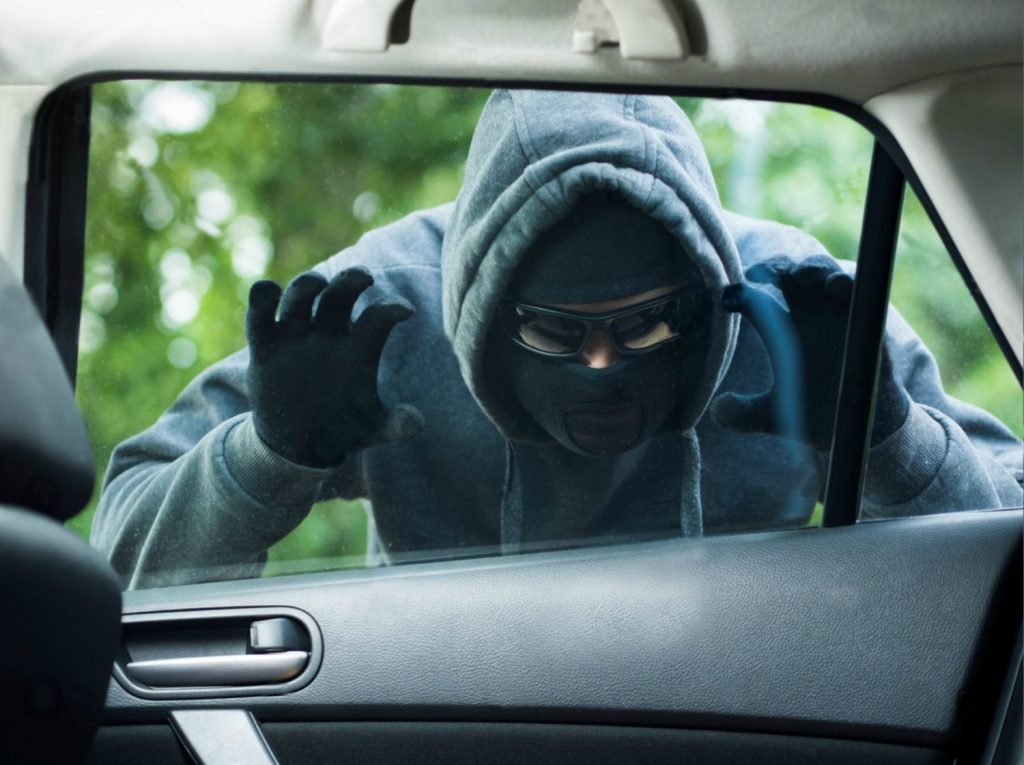 Auto thefts are increasing at an alarming rate as thieves take advantage of simple and inexpensive technology to gain access to vehicles.  Things are getting so bad that some communities are reporting two-fold increases in vehicle theft when compared with last year’s data.  While thieves have been able to exploit an opportunity that makes it easier than ever to steal vehicles, there’s an even easier way to reduce the chances of it happening to you.

One of the weaknesses associated with key-less entry is due to radio transmissions between the vehicle and the Fob.  When the fob is in range, it communicates with the vehicle and issues commands to lock or unlock doors and start the engine.  Unfortunately, anyone can intercept this signal by getting in between the vehicle and fob.  They can then use a booster and relay that signal to the vehicle, tricking it into thinking that the fob is nearby.  Thieves can then open doors, start engines and be on their merry way.  The only challenges they face, other than getting pulled over, is that they can’t restart the engine once it’s turned off before the system is reprogrammed, and anti-theft devices can disable the vehicle.  It’s also possible to use GPS tracking to locate the vehicle, and hopefully thief, if owners are aware of the theft in a timely-manner.

However, more-often than not, these thefts occur at times when the owner is known to be away from the vehicle or will be unaware of its disappearance long enough for the thieves to escape.  Surprisingly, the vast-majority of thefts have occurred while people were sleeping in their own homes.

Fobs, by design, don’t have a lot of range, so their signals are pretty weak to begin with.  Consequently, keeping as much distance between the fob and the vehicle is a simple way to reduce the likelihood of the signal being intercepted.  Don’t put it in bowls or key racks near the front door, and don’t leave it on  tables in rooms that are closest to the vehicle. Place it on opposite sides of interior walls or in drawers.  If you really want to give yourself some extra protection, consider putting the fob in the microwave or some kind of protective sheath that can block the signal altogether.  Taking these simple precautions can virtually-eliminate the chances of having your vehicle stolen via this method.

You can also use anti-theft devices to make it more-difficult for thieves to drive away even if they are able to unlock the vehicle and get inside.  While these devices may be clunky, they are not that expensive, and the minor inconvenience they cause is well-worth the effort for the peace of mind you get as a result.

Finally, you can consider getting vehicles that use standard, keyed entry and ignition systems instead.  While fewer and fewer manufacturers are producing these vehicles standard, options remain available.  You can also easily find used vehicles that use regular keys as well.  Sure, you may not get to enjoy the latest technology, but you also don’t have to worry about thieves who are exploiting weaknesses.

No matter what you do to adapt to this growing threat, the important thing is that you’re aware of the problem.  The convenience of key-less entry is something that is very attractive to manufacturers as well as drivers alike.  However, it’s clear that the industry needs to do more to make these systems more secure, and unfortunately, we’re vulnerable in the meantime.