Home
|
Bug Out Bags
|
How To Build A Foxhole Radio

How To Build A Foxhole Radio

Radio making runs in my family. My Grandpa Charlie made his own radios in the 30s and during the war as well. In fact, in a recent email, he mentioned that they were encouraged to make radios and “learn by doing.” Radios were the hottest technology of the time and after the exhilaration of getting this radio work, I can understand! You may not be able to get it to work at the first hookup. I had problems with my razor blade and then also had problems getting the ground the wire attached tightly enough to the radiator to make a grounding connection.

There aren’t many safety issues here except for lightning and fire and the razor blades. Never put an antenna up in a storm. There are lots of stories on the internet about radio enthusiast’s projects getting struck by lightning. Also, for this project I used a propane torch to blue my razor blade. Take all the safety precautions necessary to avoid burning and cutting yourself. You’re responsible for your own safety!

• Razor blade (If you can find a Blue one like the “PAL Super Single Edge” then great. Otherwise, you’ll have to blue it by heating it up)

• A scrap of wood

– I made this with magnet wire I had lying around. I’ve seen radios made with really thin wire, like I used, to thicker wire almost as thick as a staple. I used tape to hold it to the cardboard tube, but in retrospect, poking a hole and tying it on would be better. Wrap the wire around the tube 120 times and take time to make it smoosh together. I kept getting distracted from counting, so I ended up counting after winding. If it’s not exact, it shouldn’t be a problem. The amount of coils does matter for the radio station. If you get a station in sorta good, but it’s not perfect, you may be able to correct that by adding extra loops. 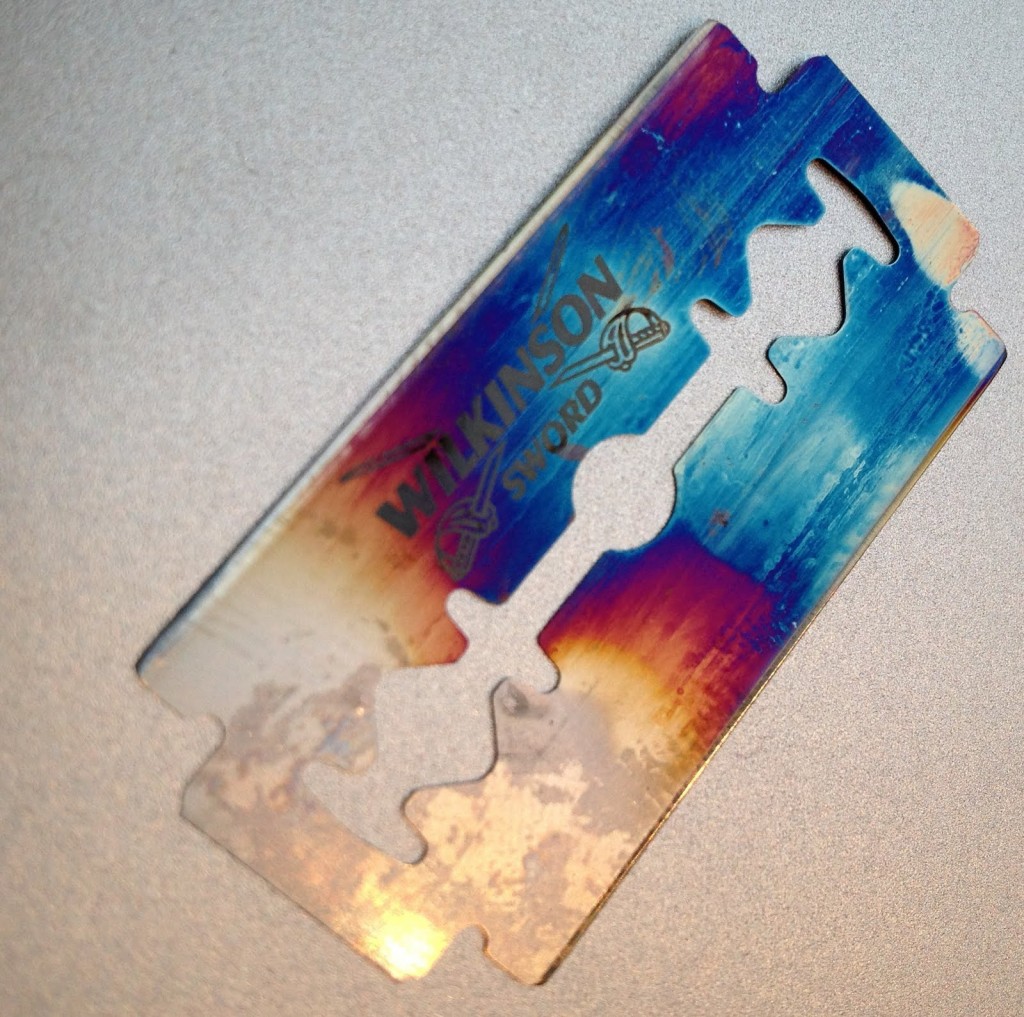 – Soldiers were given blued razor blades as part of their supplies. The bluing is some sort of oxidized coating from getting heated up, it probably keeps it sharper for longer. My research says that a rusted razor blade may work too. For me, I blued it with a propane torch and when I wiped it off after it had cooled, there was a layer of oxide on it and it was blue and purplish gray. I tried rusting a razor blade, but maybe it was stainless steel or something because it just wouldn’t rust. Salt water would be the best way to do it, but I just wasn’t patient enough! 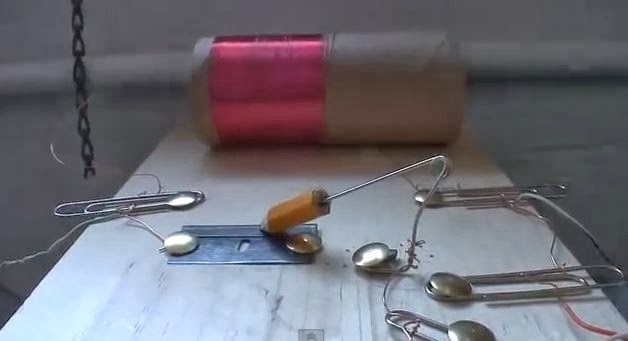 – Take a pencil stub and poke the graphite with a safety pin. This works as a diode, but this is magic to me. 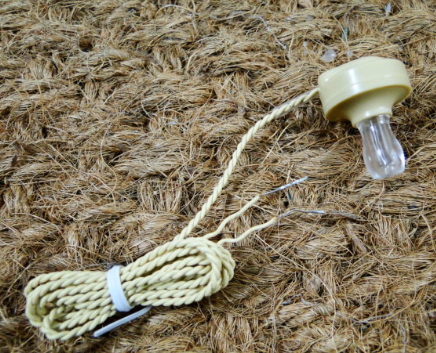 – I used an old-school earphone from my bat detector project last year, but if you don’t have one, I would try out the earphones you already have before buying a new one.

– I stripped a cat6 cable and used one wire to hang out the window. My wire is about 25 feet long, but longer is better!

– I attached a wire onto the radiator. If you don’t have a radiator you could drive a coat hanger into the ground and wind a wire to that.

Hook it all together 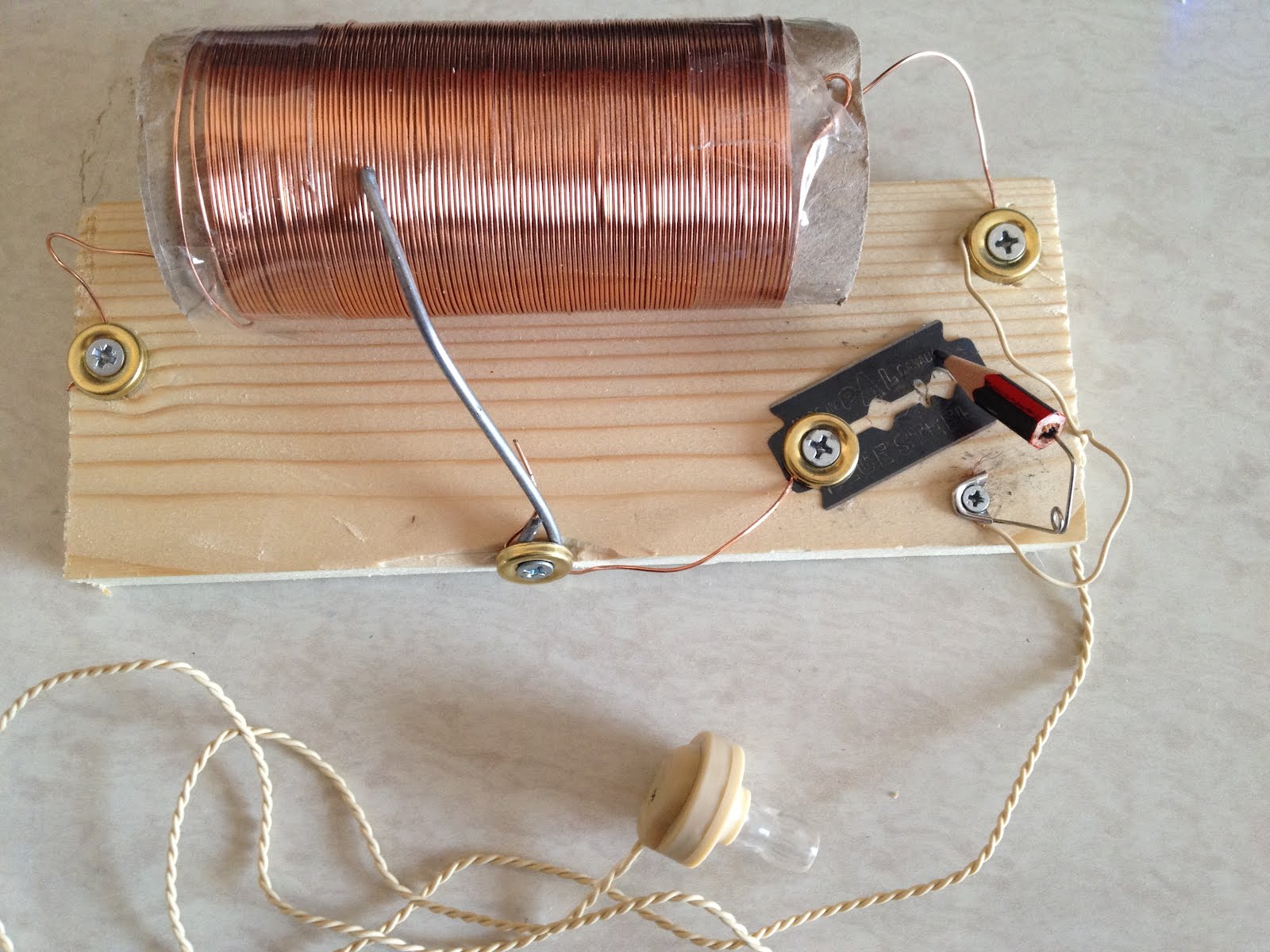 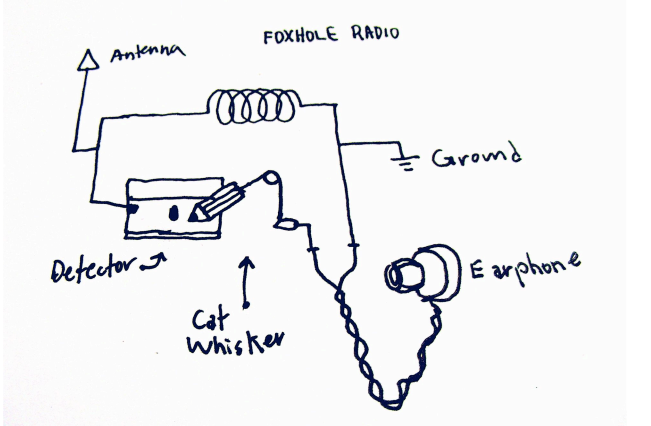 – I used brass tacks to keep it all together and paperclips to connect all the wires.

– The first time I tried this, it didn’t work. It was frustrating, but I just went through my materials, blued the razor blade and it worked. The second time I tried to get it to work, I couldn’t get a station, I just got buzz. I played with everything and finally figured out that the ground connection wasn’t very good. When I fixed that, I was able to hear sports talk radio! One of the interesting things is that it works better or worse depending on where you put the pencil lead on the razor blade. If it doesn’t work the first time, don’t give up!