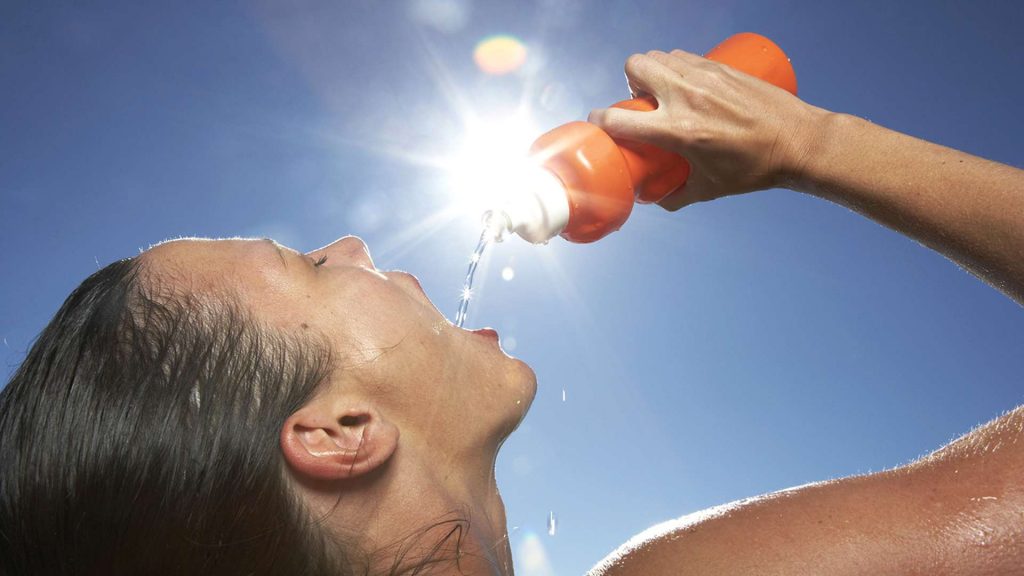 Forecasters are predicting hotter than average temperatures across much of the northern hemisphere this summer, and we should all be considering the various ways that we can minimize our vulnerability to dehydration.  Aside from drinking plenty of fluids and staying out of direct sunlight during the heat of the day, we can also keep our bodies cool by eating certain foods.  Let’s take a look at a few common items that can easily be incorporated into our hot-weather diets.

Believe it or not, bananas contain a high percentage of moisture, as well as potassium and sugar.  Potassium and sugar interact with sodium in our bodies and create the framework for electrolyte production.  The importance of electrolytes with respect to keeping the body properly hydrated is well-understood, and eating a banana or two is an easy way to encourage the body to make its own.  While there’s nothing wrong with grabbing a low-sugar sports drink or some electrolyte-infused water, eating a banana is a cheaper, tastier and a much more-nutritious option.

Cucumbers also contain a lot of water in addition to similar compounds that are found in watermelon.  However, they can also help to reduce core body heat as well.  The same can be said for celery, and eating a serving of either vegetable before or during exposure to high temperatures can go a long way with keeping body temperatures in check.

Believe it or not, eating soup that is made with low-sodium broth is a great way to give the body not only water, but a lot of nutrients as well.  The trick is to eat the soup at a temperature that is just above lukewarm.  The liquid will contain a lot of vitamins, minerals and compounds that have been extracted from bones as they are boiled, and this infusion is just what the body needs to be hydrated and nourished as well.

Aside from these examples, almost any type of fruit or vegetable will contain a good amount of water and nutrients.  While they may not help to cool the body in the same way as cucumbers, celery or watermelon, they can still keep us hydrated.  On the other hand, it’s important to avoid starchy, fried, greasy or carb-laden foods before or during the heat of the day, because they can actually contribute to dehydration and require us to drink more fluids in order to compensate.

Finally, while foods can play an important, assistive role in protecting us from the effects of dehydration, or delaying their onset, that role has limits.  Eat as many water-rich fruits and veggies as you like, but don’t shortchange yourself by not drinking enough fluids as well.  However, once you strike the right balance between food and water, chances are that you’ll feel better, have more energy and focus, and you’ll probably be able to withstand the effects of extreme-temperatures for longer periods of time, and that’s good news for all of us.