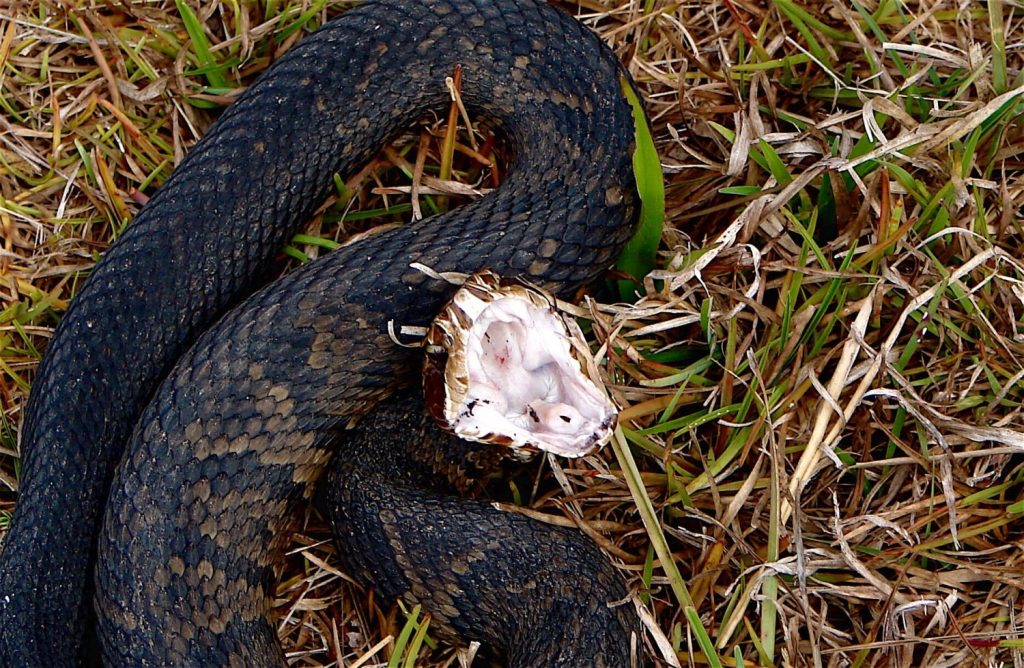 My neighbor has been working hard over the past few years to create a mini-homestead, and things keep looking better and better as time goes by.  While she’s suffered a few setbacks here and there, her yard has been transformed into a useful, productive piece of land that also looks really nice.  If anyone one the block is prepared to have to shelter in place in an off-grid situation, she’s the one who will probably fare the best.

However, despite her knack for creating sustainability, she also has a mortal fear of snakes, and our yards are full of them in this neck of the woods.  Last year she installed sonic repellents in the ground, and they did a great job of keeping snakes away.  However, she just discovered that a snake invasion has taken place around her house, and it looks like they’ve been able to adapt and cope with the sounds.

So, she enlisted the help of her sons to dig out the nests they’ve found and to dispose of the snakes, but she’s still upset that the problem came back with a vengeance, and she doesn’t know what to try next.

At the same time, I was trying to figure out why one of my water storage tanks was leaking, and I just discovered that I needed to replace a connector that must have cracked during the winter.  Yesterday, my other neighbor had to reset all of their mouse traps while my sister was repairing a cage that protects some plants from predators.

These are just a few of this year’s surprises that we came across as we opened our yards and started to get everything up and running for the season.  Every spring, we end up having make some kind of repairs, adjustments or replacements, and this comes as no surprise for those who spend a lot of time working in their yards.

However, it’s also easy focus on problems that we stumble upon while others can sneak by unnoticed.  Unfortunately, these can turn into serious problems down the line, and many of them could be avoided if we were keeping a closer eye on things sooner.

This is why it’s important to come up with some kind of systematic inspection plan that you can follow as you emerge from hibernation and start getting things set up outside.  This is approach is called active management, and it’s a proactive strategy that helps to nip problems in the bud as early as possible.  It’s also not that difficult to put into practice.  All you need to do is check every area of your property and start identifying problems and how to solve them.

In the case of my neighbor’s snake problem, she could have identified it sooner by checking for nests a few months ago.  We could have lost a crop to scavengers if we forgot to closely-inspect the cover.  The minor leak in the tank would have been a major repair if it got worse in the summer when the area would have been buried in plants and shrubs.

It’s really easy to work on projects, check them off our to-do lists, and move on to other things.  However, many of these things require some attentiveness and upkeep, and it’s really easy to let things fall through the cracks.  Take some time to develop an organized way to go through your preps, make sure things are as they should be, and use this as an opportunity to make changes or improvements.  Catching things early helps us to avoid wasting time, resources and energy, and we also reduce our vulnerability to problems that crop up later.