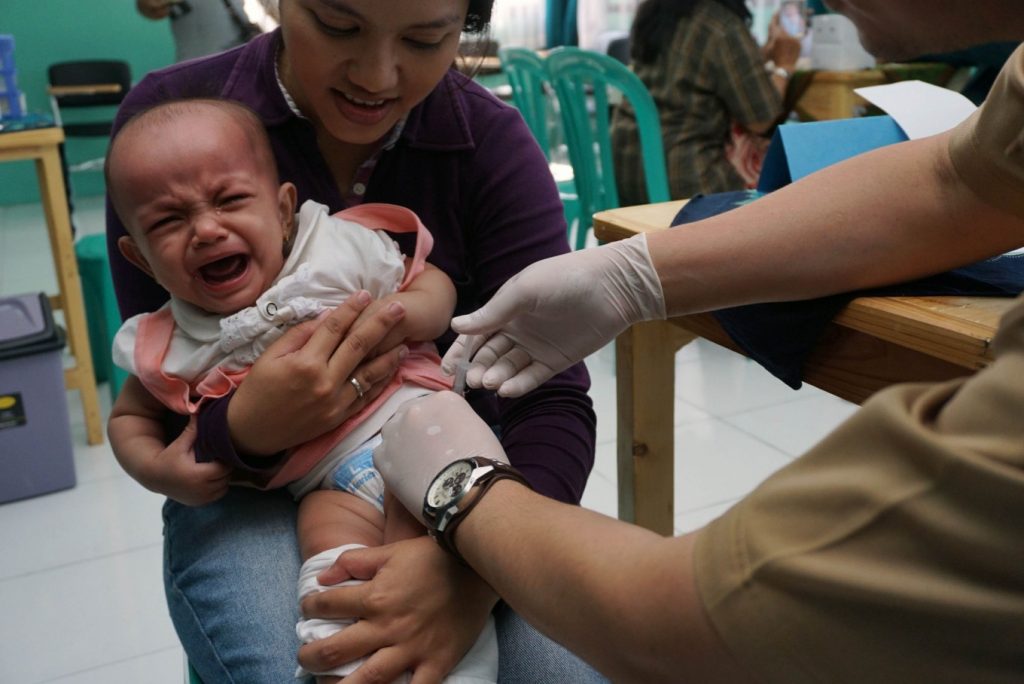 A couple of years ago, a measles outbreak originated at Disneyland in California, and investigators determined that a large number of kids who were not vaccinated contributed to the problem.  While the outbreak was relatively small, and another has not occurred since, public health officials from across the country are trying to use this case as a way to scare lawmakers into creating legislation that would make vaccinations compulsory nonetheless.

Their argument is simple and sensible:  Kids who are not vaccinated not only have a greater chance of contracting contagious diseases such as measles and mumps, but they’re also more-likely to pass it on to others who have not been vaccinated as well.  Furthermore, the protection that vaccines provide can become diminished as bugs learn to adapt, much in the same way that bacteria are mutating and reducing the effectiveness of antibiotics.

However, there is no evidence to suggest that this is the case.  In fact, the latest round of “studies” that have been published are clearly more agenda-based as opposed to being grounded in sound science.  Using data from what happened in California to cast a blanket, one-size-fits all shadow on how viruses spread has been a powerful and effective strategy to strike fear in parents and policy-makers.  This should concern all of us, because this growing momentum can lead to stricter rules that could easily erode our rights as parents to decide what’s best for our kids.

It’s one thing to impose rules that are proven to be in the public interest, but it’s another matter entirely to misuse science in order to push through an agenda.  This is exactly what’s happening at the present time with vaccinations, and we should all be nervous about the fallout that could soon follow.  It’s scary to hear some of the proposals that are being floated around by lawmakers.  Some are suggesting that parents get fined for non-compliance whereas others are proposing that parents lose custody of their kids because not vaccinating is tantamount to child abuse or neglect.

If these laws prove to be successful, it would be a monumental intrusion into our individual liberties and fundamental rights as parents.  It would also open the door for the government to concoct other ways to meddle with how we raise kids as well, and this is really the crux of the issue that should make all of us nervous.  Give the government an inch, and they’ll take a mile, and it won’t be long before other laws are proposed, under the guise of being in the public interest, that would give them the power to dictate how we should be parenting.

This latest pro-vaccination movement is based on sham science, and it’s designed to create fear when there is nothing to really be worried about.  We’re not trying to say that getting vaccinated is either good or bad, and there is ample evidence out there that can back up the opinions of both sides of the argument.  What is worrisome is how easily people can be convinced of a threat that is non-existent, based on misleading information, and willingly surrender their rights as a result.

What happens within the family unit has historically been off-limits to the government, with some notable exceptions that center on the welfare of children.  However, that hasn’t stopped the government from trying, mostly-unsuccessfully, to dictate to parents how they should raise families.  This latest vaccination campaign has the potential to break that sacred boundary, and it will pave the way for the implementation of all kinds of restrictions in the future as well.

One of the biggest threats that we will face in the future is an out-of-control government that will eventually have its tentacles in almost every aspect of our daily lives.  Unfortunately, a lot of the power they get will be offered by a population that has been persuaded to do so based on false information and half-truths.  Mandatory vaccinations are just one angle that governments are using to inch one step closer to that goal, and it it will be much-easier to come up with other justifications in the future if they’re successful.

Take some time to think about how you would cope if these threats that loom on the horizon actually become reality.  While it’s important to prepare for surviving a disaster of SHTF situation, it’s equally-important to consider how to be as self-determining as possible in an era when the government accumulates enormous power over our daily lives.   Are you prepared?