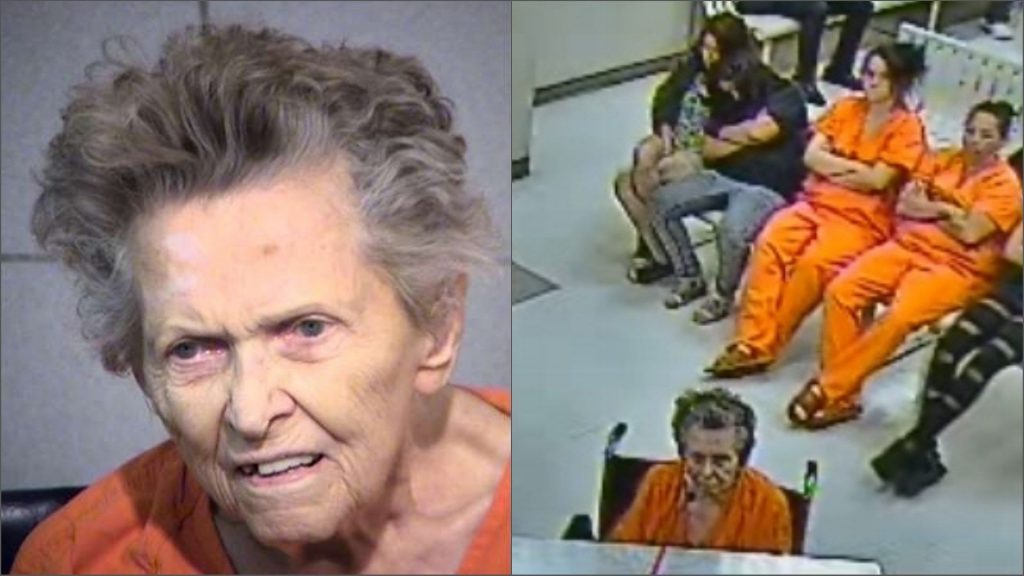 A 92 year old woman has been charged with murder in Arizona after fatally shooting her 72 year old son following a disagreement about putting her into an assisted living facility.  This bizarre and tragic story is generating a lot of interest, and it’s not only adding fuel to the gun debate, but it’s also contributing to conversations about the realities of life as we grow older as well.

The mother claims that she thought about killing him for a few days as plans to put her into a home became more realistic.  Her reasoning was that if he was going to rob her of her life and freedom, she was going to act first.  Apparently, he also had the support of his girlfriend, whose condo the mother and son were staying in at the time, and the mother also intended to kill her before turning the gun on herself as well.

The mother had two handguns, and claims that she hasn’t fired either one since the 1970s. The duo have also had domestic problems in the past, and there’s at least one occasion when police were called to the condo to help resolve a different dispute.  On the night of the shooting, the mother went into the son’s bedroom to confront him about the decision to put her in a home.  An argument ensued, she pulled out one of her guns from a pocket in her robe and shot him dead.

She then reached for her other gun, but the girlfriend was able to knock it out of her hand and tackle the mother before she was able to pull the trigger.  She called 911, and the rest is now history.

There are a couple of tangential things that come to mind when thinking of this story.  First, we’re never too old to defend ourselves or our interests.  We are also never too old to learn how to defend ourselves as well.  Perhaps if the son knew how to neutralize his mother, and acted accordingly, he’d be alive today.  On the other hand, while patently wrong, the mother did go the distance in defending her interests as well.

Another important thing to take away from this is that the shooting may not have taken place if de-escalation techniques were applied in the days leading up to the tragedy.  It’s very easy to get so angry in squabbles that people lose their capacity for reason and their ability to exercise good judgment.  Tempers flare, and things often get said or done that are regretted a little while later.

Perhaps the outcome would have been different if the son took the high road and found a better way to handle the situation instead of continuing to have a head-on confrontation over the subject.  We may never know how things went down, but we do know that this shooting was the culmination of a prolonged and escalating disagreement, and chances are that it could have been diffused if it was handled better.

Finally, let this incident serve as an opportunity to have civilized, fair and reasonable discussions about caring for aging parents and loved ones.  It’s also important that if someone is fading psychologically as they get older, that their guns are taken away to prevent them from harming themselves or others.  Whether or not that was the case in this situation has yet to be determined, but it’s good advice to heed nonetheless.

What’s your take on what happened?  Is the mother justified?  Could the son and his girlfriend have handled things differently?  What would you do in a similar situation?  Take some time to think these things through, and feel free to share any thoughts that you may have on the subject as well.