Home
|
Evacuation
|
What to Do when there is an “Active Shooter” 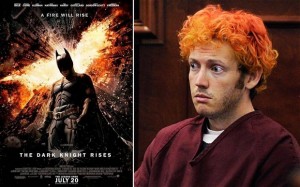 While we don’t often head to the movies, grocery story, or a place of worship with the thought that we could get caught up in a mass shooting situation, events, both recent and past, have shown us time and again that the unthinkable can happen anywhere at any time. “Active shooter” seems to be the headline a lot more often than before. Although unlikely, you could find yourself in a mass shooting situation much like those at the Batman premiere did, or in something similar during riots or a disaster situation. By preparing ahead of time, should you ever find yourself in such a situation, you’ll be able to spend your precious seconds reacting rather than trying to figure out what to do. 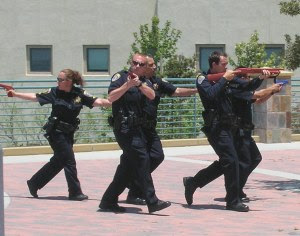 There is a simple rule to remember when it comes to a mass shooting situation, which every law enforcement officer will explain: Run, hide, fight. If there is a way for you to escape the shooting, such as a nearby exit, you should run as quickly as possible to get out of the target zone. If you’re in a spot where there are no exits, the next best solution is to hide. If there are no hiding spots, you can hide in plain sight by playing dead. If you’re unfortunate enough to be somewhere that has neither an exit nor hiding spots, your last resort for survival is fighting.

How Do I Get Away from an “Active Shooter” Situation?

Look for an emergency exit door, a service door, or any other way to escape the target zone. If the shooting is happening indoors, you should try to exit to the outdoors, where you have more hiding spots and escape routes. If you’re outside and get caught up in a mass shooting, you should try to flee via an escape route that keeps you outdoors, but running into a building if necessary. Be mindful of the size of the building, and whether you’ll be trapping yourself in a confined area. To escape, simply run as fast as possible, swerving to avoid making an easy target. Try to run behind objects that would obstruct the gunman’s sight or the path of bullets, such as cabinets, walls or shrubs.

How Do I Avoid Getting Shot?

While you can’t control the actions of the gunman, you can help reduce your odds of getting shot by minimizing your exposure and visibility. Avoid screaming and other actions that will draw attention to yourself, such as flailing about. Instead, keep low and quiet. Avoid staying in one spot too long, which will make you an easier target.

Mass shootings are rare, but they are not unheard of, and some would say they’re happening with more frequency. By being prepared, you can increase your odds of surviving a mass shooting situation, should you ever find yourself swept up in one. Always carry at least a small swiss army knife or a survival knife with you, in case you need to use it to open a door, cut something or unscrew a lock to get out.