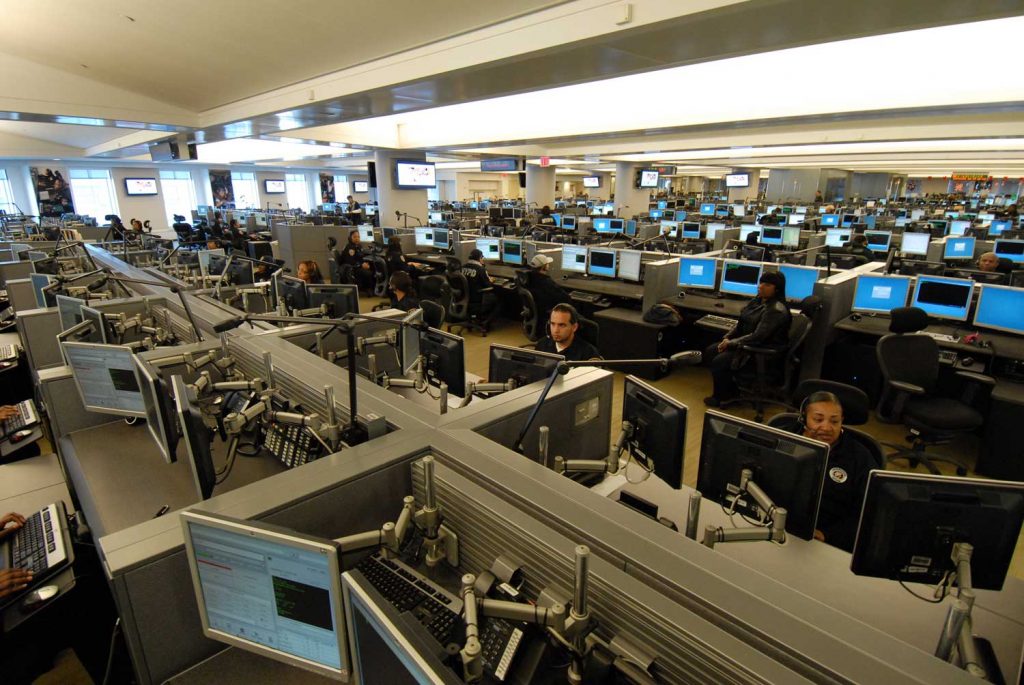 One of the largest cable and Internet outages in history recently knocked out service to more than half of the country.  A major trunk line, that represents a backbone for delivering service across the country, was accidentally-severed by crews who were making repairs.  While crews did a good job of restoring service within a few hours, the intervening time crippled 911 call centers from one coast to the other.

911 is not Customer Service

Angry, confused and scared customers who suddenly lost not only their cable, but Internet and mobile-data service as well, flooded 911 centers with calls related to the outage.  The majority of callers were simply frustrated and expected the police to alert and force Comcast (most people affected were Comcast subscribers) to fix the problem.  However, aside from being a ridiculous request to begin with, Comcast didn’t own the transmission lines that were severed, and their crews didn’t make the mistake.

That explanation, along with pleas from Comcast as well as public safety agencies from across the country, was broadcast all over social and traditional media, but it didn’t stop people from continuing to call 911 in an attempt to get something done.  In fact, many centers needed to call in extra staff to field these frivolous calls in order to keep lines open and operators available to handle the real emergencies.  During the intervening time, people had to contend with busy signals or being placed on hold, and the backlog caused some people to have to wait for more than 5 minutes before being able to speak to an operator.

This calls attention to not only the fragility of our emergency communications services, and how easily they can be overwhelmed, but also to the volume of frivolous calls that operators receive on any given day.  You can jump onto YouTube and come across thousands of videos and recordings of ridiculous 911 calls that involve anything from food delivery being late to barking dogs next door, and each of these calls delays getting help to those who really need it.

In fact, some estimates suggest that over 80% of all calls that 911 operators receive are non-emergencies, and the majority of them are not police, fire or rescue matters to begin with.  Look at it this way,  when we call 911, the first operator we usually speak with is responsible for assessing the situation within a few seconds and forwarding the call to the appropriate agency, whether it be the police or fire department.  The second operator then follows up, gets more information and passes it along to the dispatcher.  The process should ideally take less than a minute or two before help is sent to our location.

Time is of the Essence

However, when bogus calls clog the system, the initial operator has to spend anywhere from 30 seconds to a minute fielding and disconnecting from these frivolous calls.  Meanwhile, people who are experiencing life-and-death situations need to wait in the queue before their calls are picked up and handled.  This is precious time wasted that could literally keep lives hanging in the balance.

This isn’t the first time that a non-emergency caused thousands, if not tens of thousands of people to look to 911 for help that they can’t offer.  This illustrates the disregard that the public at large has for the system in general, and it also demonstrates how 911 may not be accessible in the event of a real emergency if it occurs at the wrong time.  Not only that, but in the event of a major emergency, call centers will become just as overwhelmed and delays in service will be commonplace as well.

The point to take from this is that we shouldn’t rely on 911 as our only fall-back option during an emergency.  While it’s an important resource to have, it’s not perfect, and there’s a chance that you won’t get help when you need it the most.  If that were to occur, what would you do instead?

Take some time to think about this possibility.  While rare, you want to have options to fall back on just in case, especially if you end up facing a life-threatening emergency at a time when the cable goes out.