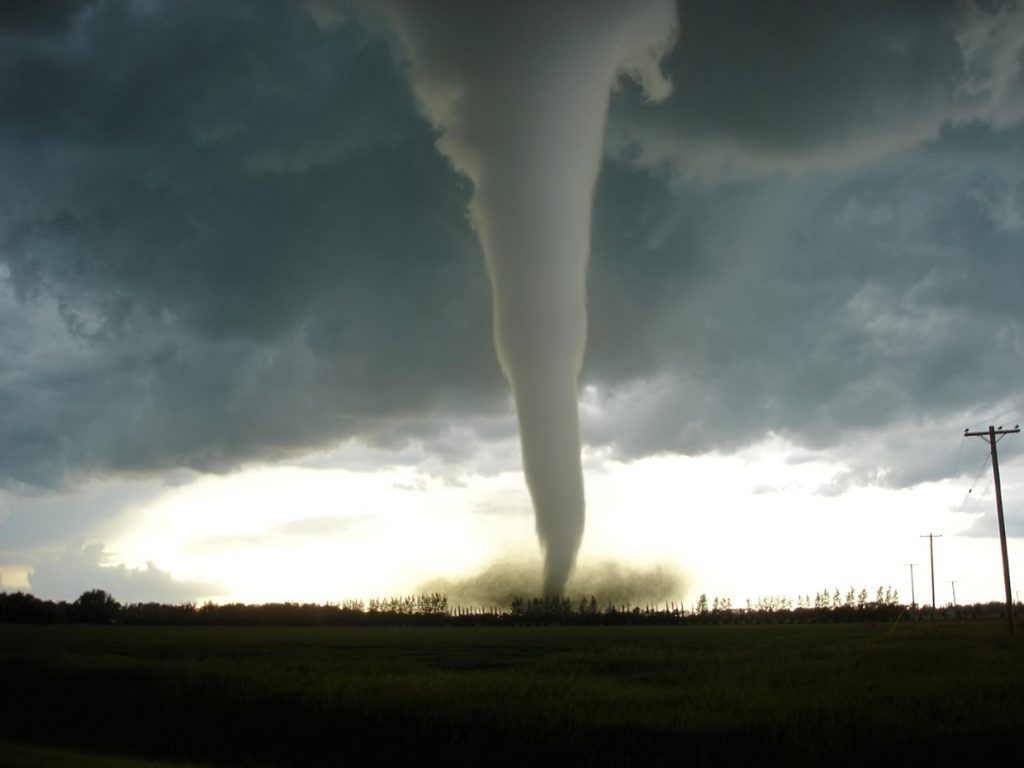 Back in 2011, one of the largest tornadoes on record plowed through Joplin, Missouri.  The twister destroyed about half of the city, killed more than 100 people and injured more than 1000 others.  In the aftermath, a number of victims started to develop severe fungal infections that required intensive and ongoing treatment, and nearly 40% died.  This outbreak got the attention of the CDC, and subsequent research indicates that these infections are more commonplace than originally thought.

The fungi responsible for the Joplin earthquake belongs to a family that is known for being potent, aggressive and difficult to treat.  However, most of the time these fungi feed off of dead plants and pose little or no threat to humans.  However, if the spores find their way into the body through cuts, scrapes or other injuries, spores quickly take hold and multiply at a breathtaking rate.  Part of the problem with these infections is they spread faster than treatments that destroy them.

One of the interesting, and deadly, characteristics of these infections is how the spores penetrate blood vessels before filtering blood in order to acquire certain nutrients.  However, clots form once those nutrients are removed, and this blocks the flow of blood to surrounding cells.  The result is that skin becomes starved of oxygen and starts to die-off.  Nasty wounds develop and expand, and the surrounding tissues form a whitish, cotton-like mold that resembles what we may see on a rotting piece of bread or fruit.

Aside from taking anti-fungal medication, which is only marginally-effective in cases such as these, the only other alternative is to scrape off spores from the wound area in the hopes that the infection won’t spread.  Unfortunately, this often involves multiple, painful treatments, and patients run the risk of developing all kinds of other infections during the intervening time.  Left untreated, the fungus spreads rapidly, takes over the body of the host, causes massive tissue destruction, and ultimately leads to death.

In the Joplin case, it appears that the tornado picked up the fungus from one or two sources and deposited spores over a wide area as it moved along its path.  Unfortunately, victims who were injured were wide-open to infection as spores found their way onto wounds and into their bodies.  These types of infections are rare in the United States, but they’ve been found among the injured in the aftermath of a number of major natural disasters over the years.  A number of servicemen and women have also been infected by spores that found their way into their bodies following injuries sustained in combat.  However, the mortality rate in these cases tends to be much lower than what victims in Joplin experienced.

One of the main theories as to why this is the case is that it took a couple of weeks before tests identified the source.  Consequently, appropriate treatments were delayed, and this allowed infections to spread to the point where damage was irreversible.

We often think of things like debris, broken glass and downed power lines as hazards associated with tornadoes and other major disasters.  However, these fungal infections illustrate that we have a lot more to be worried about, particularly if we’re injured and those wounds are exposed to the elements.  Unfortunately, there is little to do to prevent exposure, and it’s really down to the luck of the draw in terms of who will become infected.  However, researchers have established that the common link between the majority of victims and infection is that they didn’t seek shelter when the twister roared through town.  This contributed not only to their injuries, but the fungal spores in the air immediately became embedded in the wounds as well.

While the chance of developing a fungal infection following a disaster is statistically-rare, it does happen, and the threat is always there.  Consequently, our first line of defense is to hunker down until the dust settles and immediately clean and bandage wounds.  This will go a long way to not only protect the body from this specific type of infection, but a wide-range of others as well.

Finally, this calls attention to the importance of having access to a good shelter, along with a survival kit that includes basic emergency medical supplies, when disaster strikes.  The Joplin tornado taught us that we can be just as susceptible to biological threats as we are to material ones in the wake of a disaster, and a little bit of preparation can go a long way to reduce our chances of being infected.  Are you prepared?