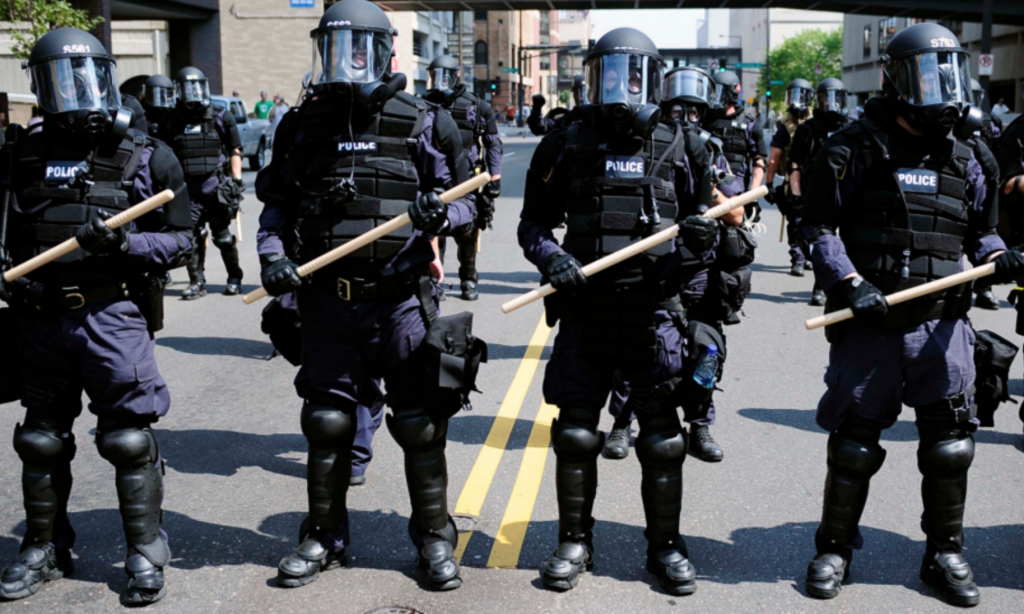 People who are involved with law enforcement have a front row seat to a side of society that most of us will never get a chance to see for ourselves.  This gives them a unique perspective on human nature and behavior, and these insights can help us all to become better preppers.  Let’s take a look at a few observations that can turn out to be valuable lessons for us to learn.

There is a Lot of Crime

Unless you live, work or travel through a seedy neighborhood, chances are that you’re exposed to minimal amounts of crime.  However, that doesn’t mean that crimes are not being committed all around you.  It’s more likely that you simply don’t notice.  In fact, it’s so common that some argue that crime is an inherent-part of human nature.  Think about it:  All of us have committed crimes at some point in our lives, and it’s really only a matter of degree as to what we’re willing to risk in order to get what we want.  This is easy to brush aside in an ordered and civil society, but what happens after a major crisis?  Crime will be everywhere, and few of us will be insulated from its effects.

Even the nicest, most polite and civilized human beings have the capacity to horrific things to one another.  Just think about the shock or disbelief people experience when they find out that someone they know or trust is accused of a heinous crime.  Many criminologists will tell you that the majority of sick, depraved people are very adept at masking their dark side, and the ones that get caught are in the minority.  The lesson here is to trust people with a grain of salt, and always have your guard up.

Dependency is a Threat

Many criminals possess an attitude of entitlement that they can take anything they want, whenever they want.  Robbers and thieves are also more-likely to be dependent on some form of government assistance.  When that assistance dries up, they are more-likely to strike out and cause others harm.  This is why when the SHTF, many won’t think twice about taking what you have, even if they need to fight or kill you in the process.

Lying is a human trait and a survival tactic that we’ve been conditioned to suppress.  Any police officer will tell you that 90% of what people tell them are lies.  Some are obviously less-consequential than others, but we all do it when it seems like a good idea, even if we don’t admit that’s the case.  Consequently, don’t be quick to believe everything you hear, question everything, and learn to trust your instincts when interacting with others.

Watch the Eyes and Your Back

Most people who are confronted by the police and want to flee will look in the direction they plan on running.  This is a natural instinct because we want to make sure that the path is clear before we take off.  If you’re trying to detain someone and they’re ready to bolt, be ready to intercept them in the direction they’re looking.

Along similar lines, most attacks that you will encounter will occur from behind or just beyond the limits of your peripheral vision.  Expect this to happen, and always have your situational awareness fine-tuned.  The element of surprise is one of the greatest offensive weapons of all time, and you can reduce the chances of being victimized simply by watching your six.

We often hear about the government sending in the national guard following a major disaster.  This sounds harmless enough, but what’s really happening is that martial law is being imposed in most cases, and our rights are being taken away from us.  Both federal and state governments can give themselves enormous powers, suspend basic civil liberties, and force civilians to subjugate themselves to authorities whenever an appropriate situation arises.  Few of us have ever experienced these constraints, so it’s hard to comprehend the impact that martial law can have on our daily lives.

Once martial law takes effect, the government can have blanket authority to seize assets, personal property, vehicles, weapons, food, clothing or anything else they claim to need at the time.  Consequently, a lot of our prepping resources could be banned, confiscated or given to someone else without our consent, and we can be detained if we refuse to comply.

Take these insights to heart, and let them encourage you to keep your eyes open and continually learn to see things for the way they are instead of what we would like them to be.  The more you know about human nature, and human behavior, can put you at a distinct advantage in all kinds of survival situations that involve interacting with other people.