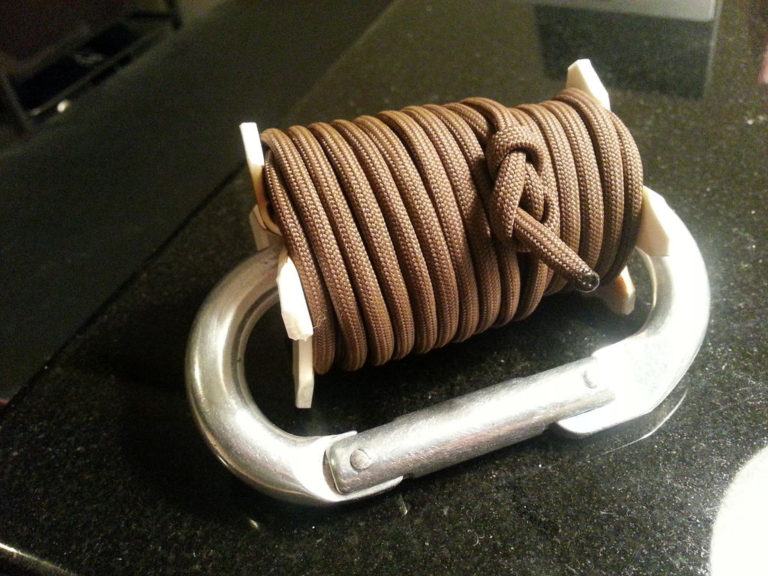 You can make a spool that can hold up to 50 feet of cordage by using some PVC pipe and a carabiner.  This ingenious trick is something that’s worth trying because it can be used in numerous ways out in the field.  Take a look at the steps below, and see how easy it is to create this excellent accessory that everyone should consider having.

The first step is to convert the PVC pipe into a spool.  The easiest way to do this is by cutting the pipe in half vertically and creating legs on each end.  Mark off 6/8 of an inch from each end of the pipe with a sharpie, and draw a line around the pipe.  Next, put the pipe in the clamp and cut it in half, remove and then place each section face down on a hard surface.  Cut a groove from each end of the pipe to the 6/8 inch line.

Light the candle and pick up one of the pieces of pipe, holding it with the curved side down.  Place the edge of the pipe over the flame and slowly move it back and forth, up and down, until the PVC softens.  Hold the pipe vertically so the softened side is pointing down, and carefully mash the pipe into a hard, flat surface.  This should cause two legs to form at around 90 degree angles.  If you can’t press out the legs, place the PVC over the flame until it gets softer. 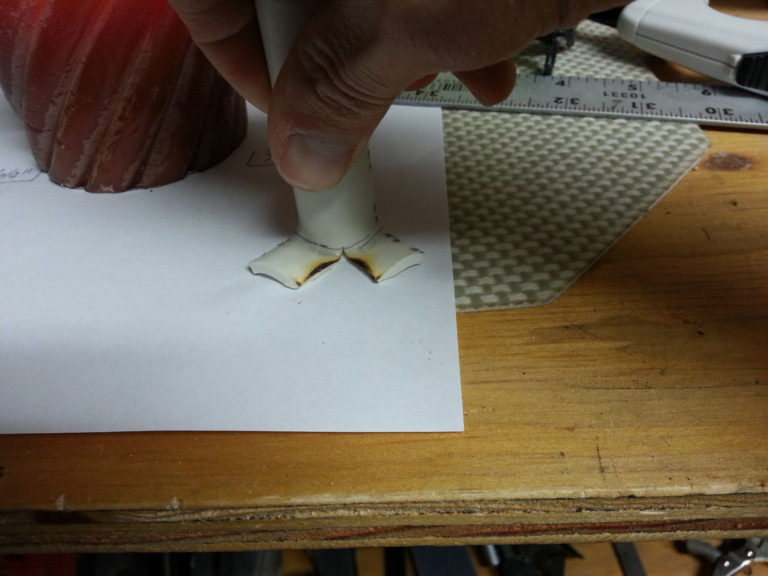 Once the legs have formed, and they are flush against the bottom of the pipe, hold the pipe in position.  Take another hard object, such as a piece of sheet metal or a block of wood, and place it over the top of the newly-formed legs.  Press against the PVC until it cools in order for the legs to set properly.  Repeat for the other end of the pipe before doing the same thing with the other piece. 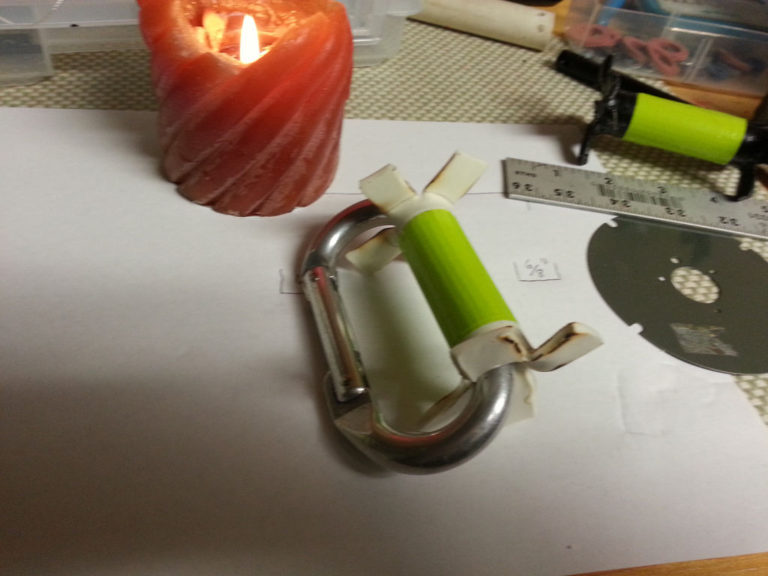 Take each piece and press their cut-sides together once the legs have hardened and are aligned properly.  Match each piece so that the ends line up on both sides as well.  Take a strip of duct tape that’s long enough to make one pass around the diameter of the PVC, and wrap it firmly around the two halves in order to join them together again.  Add a couple more layers of tape in order to make the seal as tight as possible. 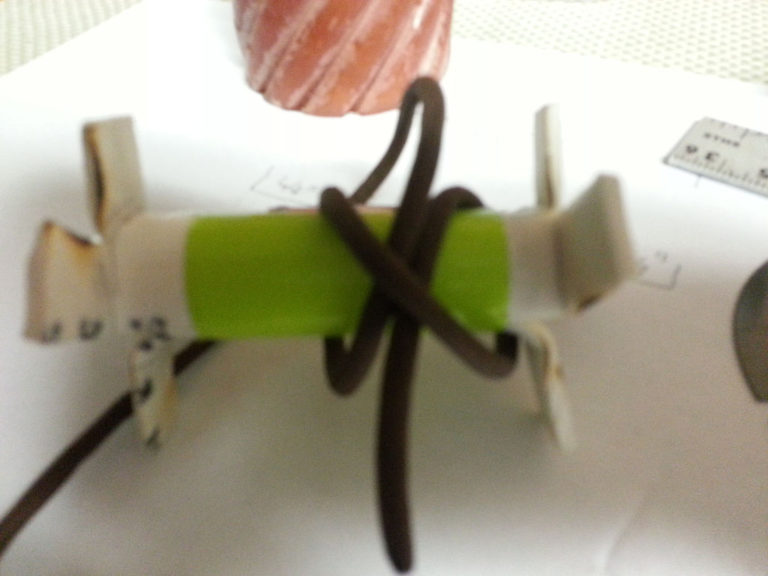 All you need to do now is wrap the cordage around your newly-formed spool.  Make sure to either tie off one end, or cut out a hole or slit in one side of the spool to anchor the cordage in place.  Start winding up the cordage so that it is distributed evenly across the width of the spool.  Tape or tie down the loose end when finished.   Open the carabiner, feed it through the center of the spool, lock it back up, and you’re good to go.

Try this out for yourself, and feel free to improvise.  This is one accessory that you will be glad to have on hand when needed, even if it’s not easy to think of reasons right now. 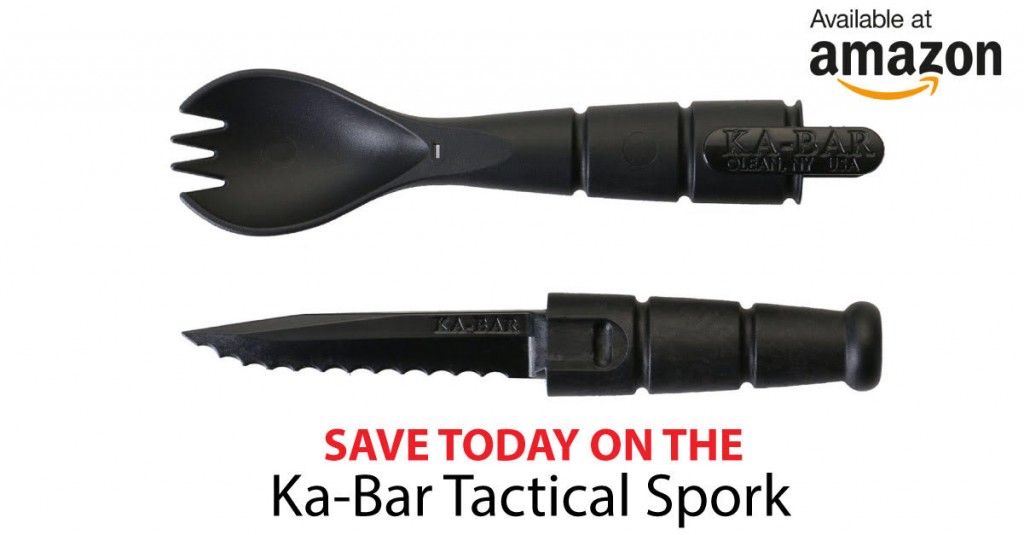