Home
|
Survival News
|
How to Can Spicy, Diced Tomatoes the Easy Way 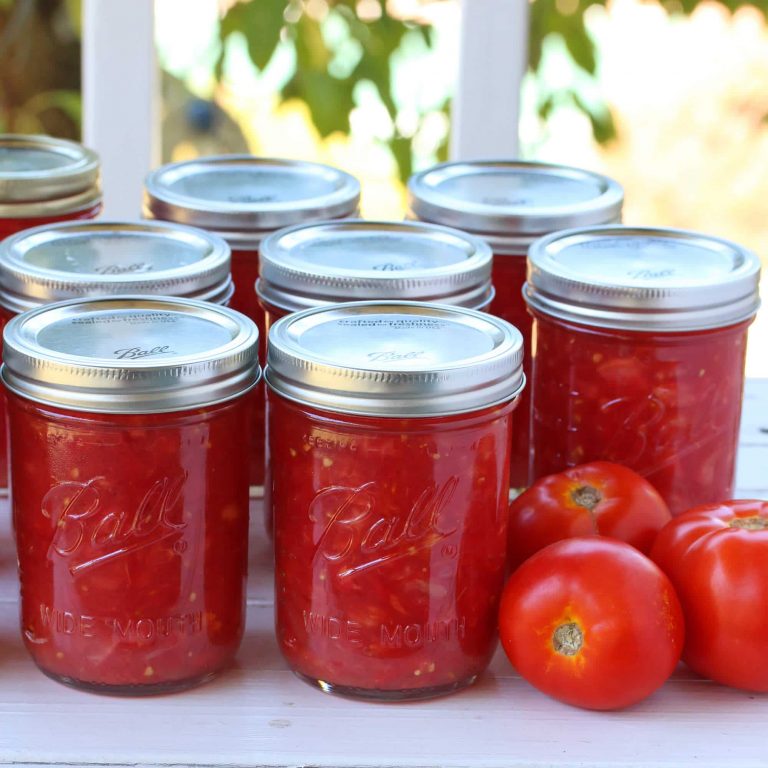 If you’re looking for a way to add some zing to your stockpile without having to preserve jars of chili peppers, consider making a batch of spicy, diced tomatoes instead.  This is the perfect addition to any pantry or emergency food supply, and you’ll be able to use it in a wide-range of recipes.  Making and preserving a batch is also very easy, and it only involves a few steps.

All you need is about 5 pounds of roma or paste tomatoes, 7-9 tablespoons of lemon juice and a couple of poblano peppers.  However, you can also improvise by experimenting with different amounts and varieties of chilis as well, and don’t think twice about throwing in a little bit of garlic or onion as well.

The first step is to fill and heat your water bath canner and place your pint canning jars and lid pieces inside to let them warm up.  Preheat your broiler or grill and take a baking sheet and line it with foil.  Put the peppers on the sheet and let them grill until the skins start to char and blister.  Flip the peppers over, and remove from heat once their entire surface has blistered.  Remove from heat and cover them with foil until they cool until they’re safe to handle.  Carefully peel off the skins and dice up the peppers.

Next, fill a large stockpot with water and bring it to a boil.  At the same time, core your tomatoes, and cut an X shape along their bottoms.  Place them in the boiling water and let them cook for about 1-1½ minutes.  Immediately remove them from the boiling water and place them in an ice water bath until they’ve cooled to be safely handled.  Dice the tomatoes, save the juice, and pour the juice and tomatoes into another stockpot.  Add in the poblanos and simmer the ingredients for about 30 minutes or so.  Add in a little bit of water if there’s not enough liquid, and stir occasionally to prevent scorching.

When finished, remove the canning jars from their bath, place them on the counter, and add 2 tablespoons of lemon juice to each one.  Carefully ladle in equal amounts of tomatoes, peppers and juice to each jar, and fill them until ½ inch of headspace remains.  Make sure that the solids are covered with liquid before wiping down the rims and attaching and tightening the lids.

Place the jars in the canner, make sure they’re submerged by at least an inch of boiling water, and process them for 35 minutes.  When finished, remove the jars from the canner and let them cool on the counter until they reach room temperature.  Check the seals and condition of the jars before labeling, dating and storing the finished product.  Keep them in a cool, dark and dry place, and they should hold up in storage for at least a year.

Try this recipe for yourself, and chances are that it won’t take long to come up with your own zesty spin to this basic example.  Feel free to share some of your variations as well, and all of us can start to enjoy having these tomatoes on hand now as well as during a prolonged crisis.