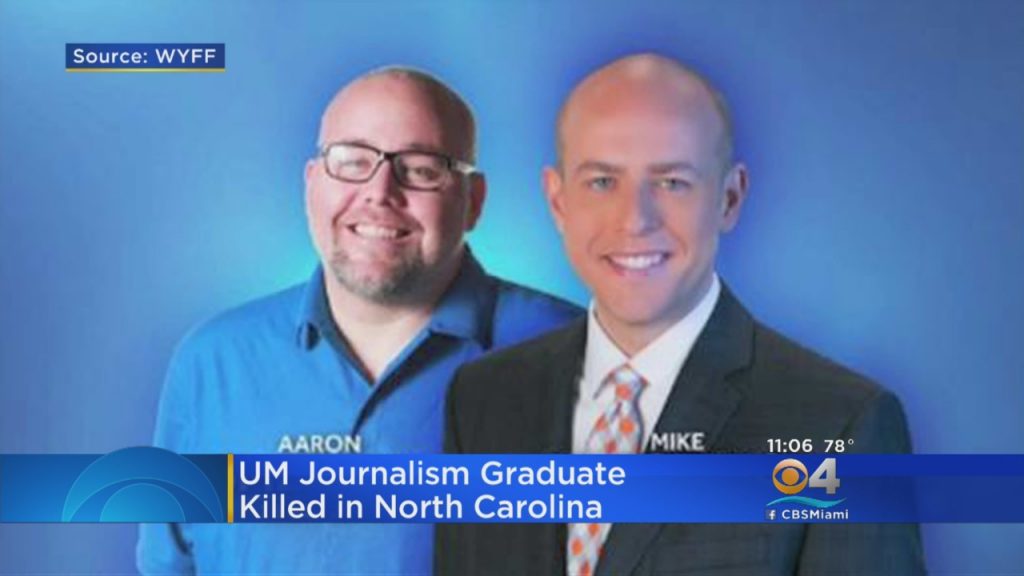 Our hearts go out to the family and friends of a reporter and camera operator who were killed when a tree fell onto their vehicle while they were driving.  The crew was out on assignment, covering severe weather that pummeled the area, and they just wrapped up an interview with first responders who were informing the public about the hazardous conditions.  Unfortunately, these were the ones who were also the first on-scene after calls about the accident started to come in.

By all accounts, the accident is considered to be a random, freak of nature, and officials think the tree fell as they were driving.  The engine was on when rescuers arrived, and the vehicle was also in drive.  Consequently, it’s likely that the driver didn’t have time to react to avoid being hit by the tree, and there’s a chance that he didn’t see it coming as well.

This unfortunate accident calls attention to the dangers associated with being outside in severe weather or during the immediate aftermath of powerful storms.  It’s easy to think of storm-risks as being related to things such as lightning, flash floods, flying debris or downed power lines, and they are all very real hazards to be concerned about.  However, sometimes tangential or incidental risks develop as well.  The falling tree is just one of a million of examples that can be used to illustrate this point.

The storms produced high winds and an awful lot of rain.  The rain saturated the ground and created the perfect conditions for the tree to become unstable.  The high winds undoubtedly loosened it up, and it just happened to fall at the worst possible time in the worst possible direction.  However, the accident is still related to the storm.

Worry About the Aftermath

It’s important to treat severe weather with respect and prepare accordingly.  However, it’s equally important to navigate through the aftermath with extra caution as well.  We simply don’t know what kinds of hazards that we can encounter, and a lot of them can creep up on us without warning.  They can also come from sources that we are least-likely to be worried about.

This is where maintaining good situational awareness comes into play.  Perhaps the driver wasn’t paying attention as he approached the tree.  Maybe he was looking away at something else for a brief second, or perhaps he didn’t see anything that would indicate that the tree was leaning at a dangerous angle before it fell over.  The list of possibilities that could have contributed to what went wrong is endless, and maybe it was a random, freak of nature that was unavoidable at the end of the day.

However, we do know that good situational awareness dramatically decreases the chances of being victimized by freaks of nature.  It involves not only making a continual assessment of possible hazards wherever you may be at the time, but it also involves prevention.  In other words, if it seems too-risky to head out following a storm, then it’s probably better to stay put until the risks subside.  Keep in mind that these were professionals who were out doing a job, so they had a reason to be there.  There are lot of dangerous situations that we could avoid simply by not being in places that we should be avoiding at the time.

Remember that hazards often strike in places that we don’t expect, and they happen at times when we don’t expect them as well.  Tread carefully when venturing out following storms.  Be aware of your surroundings, don’t take any unnecessary risks, and chances are that you’ll be in the best position to react if danger suddenly comes your way.