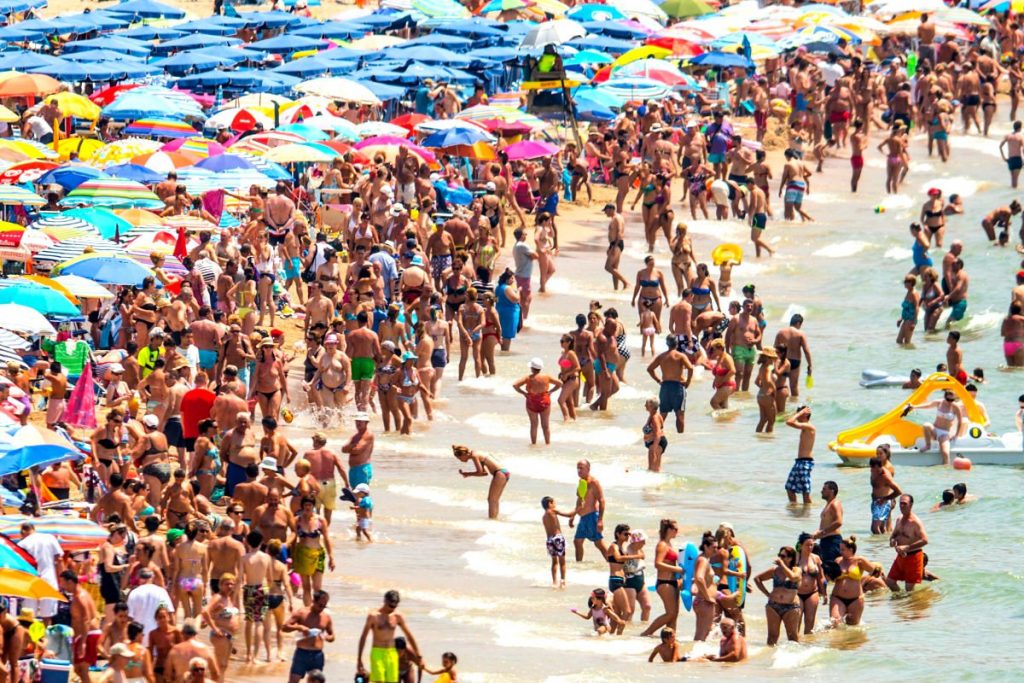 The beach is a contradictory place.  On one hand, it’s the epitome of relaxation and leisure.  We flock to the beach to enjoy the sand, sun and water, and it’s a destination that attracts tens of millions of people every year.  On the other hand, beaches also play host to a wide range of threats to our health and safety as well.  Some of the biggest threats that we face at the beach come in the form of water-borne pathogens, and their presence is not always known until after people have been exposed to a wide-range of infections.  Let’s take a look at some of the more-nasty ones that may be lurking at your favorite beach this summer.

A microbe called V. vulnificus is making its presence known in the Gulf region, particularly at beaches in Florida.  Commonly found in raw oysters, the bacteria can also lurk in the water and infect swimmers who enter the water with unprotected wounds.  Ingesting the bacteria can cause severe digestive ailments whereas exposure through the skin can cause severe ulceration, wounds that won’t heal and infections that can lead to amputation or even death.  In fact, the mortality rate after exposure is above 30%.  Fortunately, only about a hundred cases of exposure are reported every year at the present time, but that number is growing.

Beaches are loaded with the same kinds of bacteria that cause food poisoning. Salmonella, e. Coli and the norovirus top the list.  Officials think that the bacteria show up from nearby water treatment plants or stormwater discharge pipes since they are normally found in fecal matter.  However, the bacteria can also be introduced by other humans and animals who are interacting with the water as well.  Many beaches in the country are tested for these pathogens on a regular basis, but quite a few are not.  Make sure that you’re doing your due diligence before heading out to ensure that your beach is safe, and choose beaches that have been tested whenever possible.

MRSA, or the dreaded staph infection, is becoming more-common along beaches, particularly in warmer climates.  The bacteria thrive in the warm water, and salt is a nutrient that they feed on in order to multiply.  In fact, some estimates suggest that beachgoers are up to 50% likely to encounter one variant of these antibiotic-resistant bacteria while they swim.  Fortunately, infections are still rare as people have immunity, but those who are infected face the prospect of having to endure multiple rounds of treatments as doctors try to find an antibiotic that will work.  This problem is also expected to get worse over time as more and more bacteria mutate and become resistant to our immune systems and increasingly-aggressive treatment options.

This nasty infection targets the lungs and can produce life-threatening bouts with pneumonia in some patients.  Fortunately, the majority of legionella, the bacteria that cause disease are not contagious, but there are plenty of strains that are.  They thrive in hot, steamy environments, and locker rooms, showers and hot tubs near beaches are prime locations they inhabit.  They also are airborne, and most infections occur when contaminated water particles in the form of mist and steam are inhaled.  Good sanitation can reduce the risk of exposure, so it’s important to bathe or enjoy steam baths in facilities that are kept clean.

The vast majority of species of algae are completely toxin-free and safe for humans.  However, there are a few that can cause severe reactions, chronic illnesses and even life-threatening ailments.  The one to be worried about the most is the same algae that kills fish and marine life during infamous red tides.  It’s called the Karenia brevis, and exposure can lead to difficulty breathing, swollen throats, cramps, nausea, ear infections and digestive problems.  Severe reactions include destroy the nervous system and damage the liver.  Try to avoid swimming in waters that contain algae until you’re sure that the species is safe.

These are just a handful of dozens of pathogens found at beaches that are dangerous for humans.  Unfortunately, the threats associated with exposure are often downplayed or silenced by local officials out of fears of losing revenue if skittish tourists decide to swim elsewhere as a result.  Consequently, it’s up to us to be mindful of possible risks and choose safer alternatives when appropriate.

Don’t let an infection from a pathogen spoil your trip to the beach.  Do your homework before heading out, and chances are that you can avoid the risk of exposure altogether simply by choosing the safest spots to have fun in the sun.