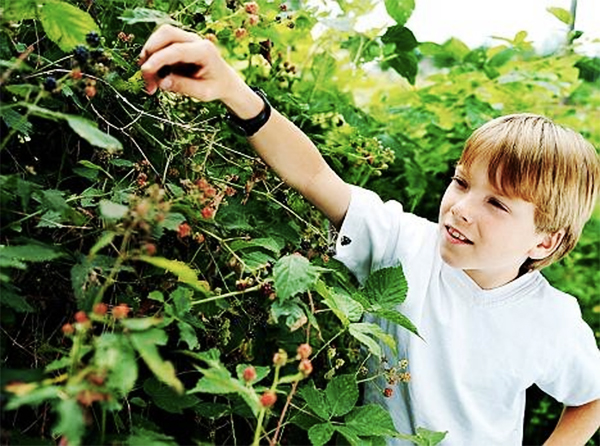 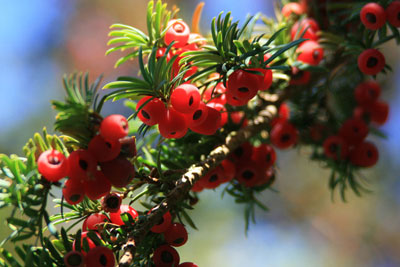 The Yew Berry
The yew berry is a small, round and bright red berry that grows on a shrub that has what appears to be soft and thick pine needles.  They look incredibly tempting as their hue can remind us of maraschino cherries and conjure images of a sweet snack.  However, the yew berry contains a couple of chemicals that are very toxic to humans in modest doses.  Numerous people have died from eating these deceptive little berries.

As few as three berries can cause symptoms that include nausea, vomiting, difficulty breathing, dizziness, dangerous changes in heart rate as well as severe abdominal pain.  Larger doses can lead to death. 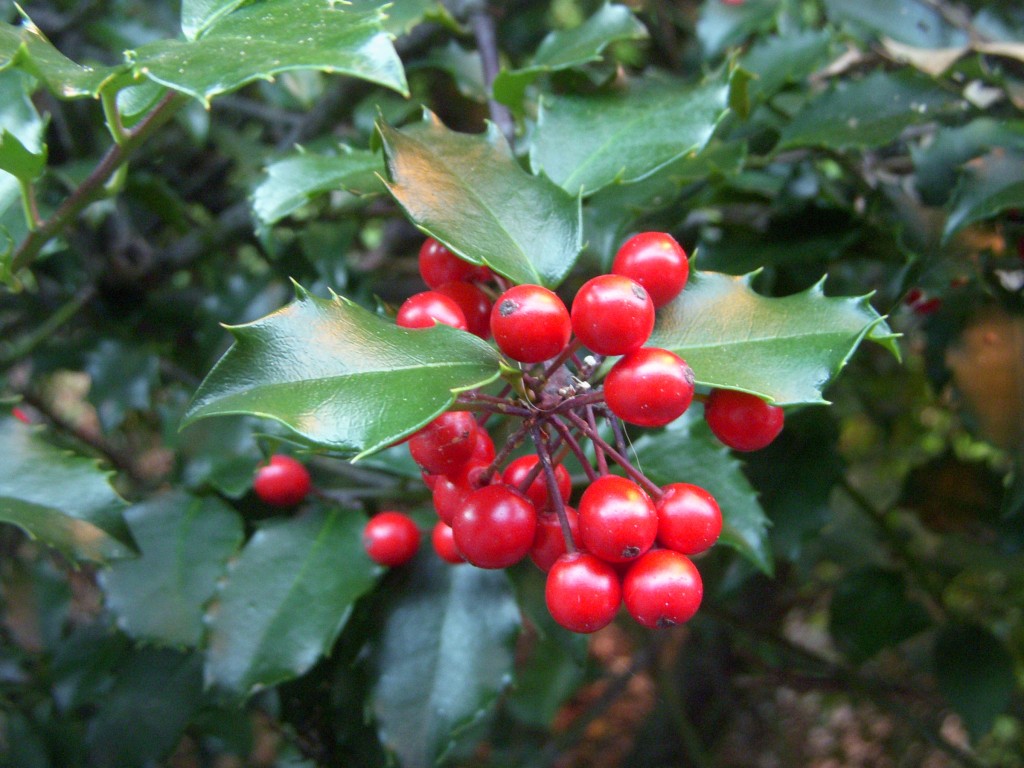 Holly Berries
Holly berries grown on tree-like shrubs that have stiff, thick and pointy green leaves.  The berries look hard, similar to cranberries, and they grow in bunches along stalks that shoot out from the branches.  All it takes eating three of these berries to experience severe nausea, vomiting, dizziness, fatigue and diarrhea. 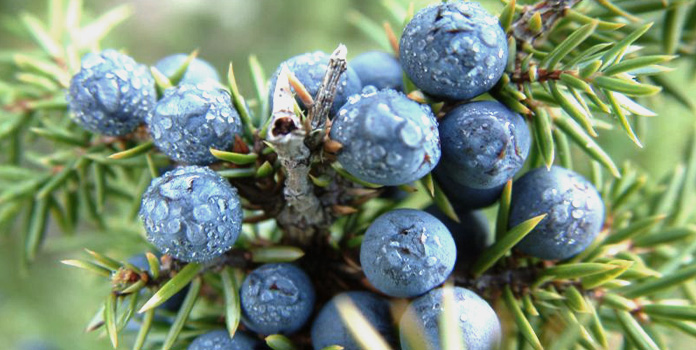 Juniper Berries
The berries from the juniper tree are considered potentially-poisonous because some people have reported  becoming ill after consuming large quantities.  The berries have a light blue-purple color to them, similar to blueberries, and they grow in bunches that sort of resemble bunches of grapes.  Abdominal cramping and diarrhea are common symptoms, and large doses have been known to cause alterations to our DNA, kidney damage and convulsions.

It’s important to note that not all juniper berries are poisonous, and only a few species pose a threat.  In fact, many people use juniper berries as remedies for a number of ailments in small doses as well.  Do a little bit of research to determine whether or not the berries that are in your area are healthy or not. 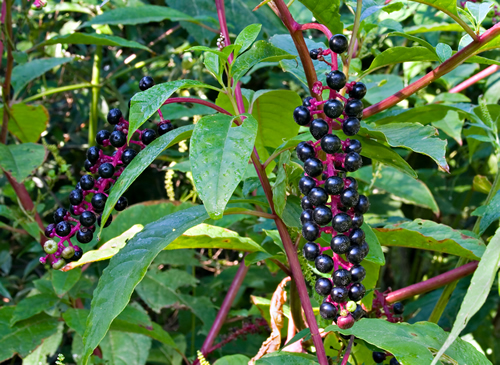 Pokeweed
Pokeweed grows in bunches of small berries that resemble raspberries or mulberries.  They also have similar colors as their non-harmful counterparts as well.  They are found on plants that can grow to around five feet tall, and their stems are thick and green.  They change color as they ripen from white to purple, and their juices will stain the hands if the berries are crushed.

Symptoms of poisoning include severe headache, vomiting, nausea, severe vomiting and diarrhea.  It only takes about 10 berries for symptoms to develop in adults.  Keep in mind that the stems and leaves of the pokeweed plant are also used for herbal remedies as a way to induce vomiting after ingesting other toxic substances. 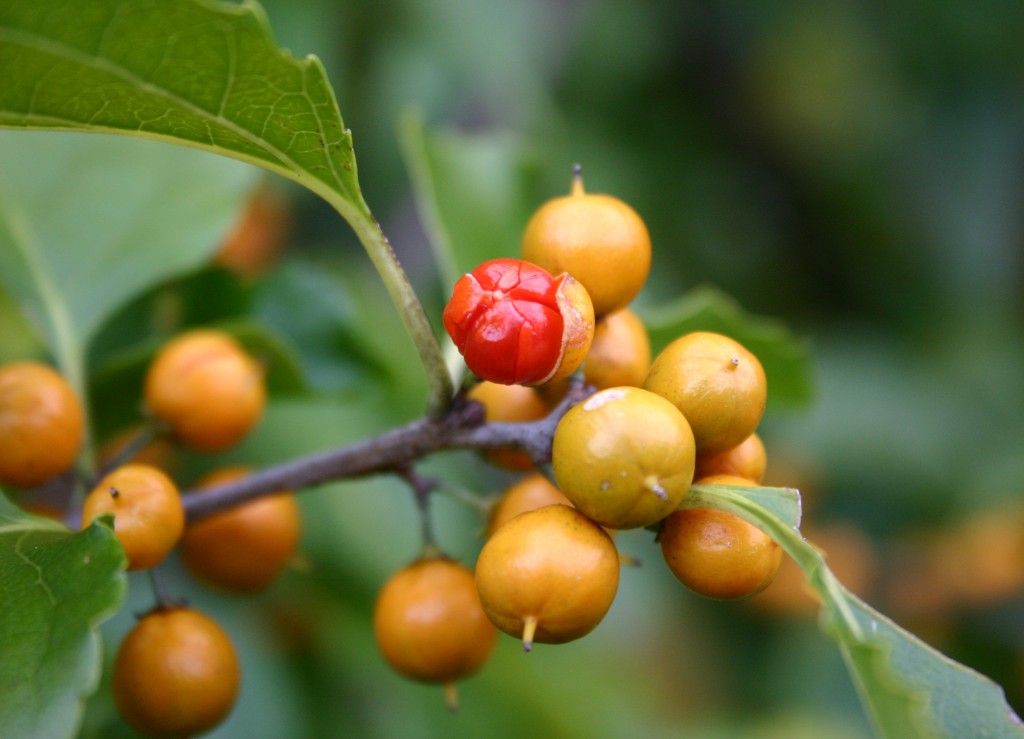 American Bittersweet
American bittersweet berries are yellow, round and almost look like little lemons, but they can also be orange or have a copper color to them as well.  They grow in bunches along a vine-like plant and are very common in landscaping and decorations, especially during the fall months.  Symptoms generally involve severe cramping along the digestive system and occasional nausea, vomiting and diarrhea.  However, these berries are very toxic to pets, particularly dogs, and you may want to ensure that the area is clear of this plant before letting your pet run free. 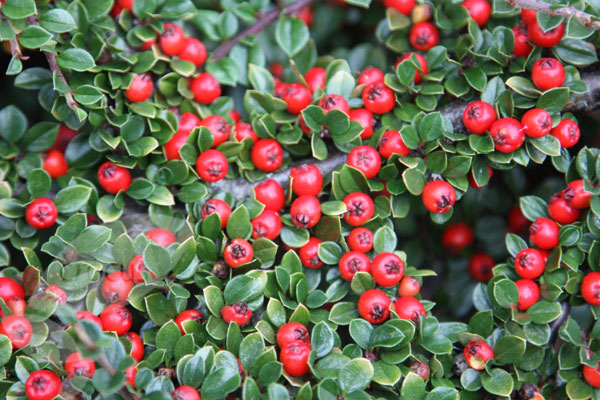 Cotoneaster
Cotoneaster berries are round, hard and red with little fibrous stars on the bottom.  They are found in dense clusters on an evergreen shrub that tends to grow vertically instead of spreading out like a bush.  They can reach heights of up to 25 feet.  Ingesting berries can cause a range of health problems including liver, heart, kidney and brain damage.  Some compounds in the berries are converted to cyanide during digestion, and large quantities can be fatal or leave permanent damage. 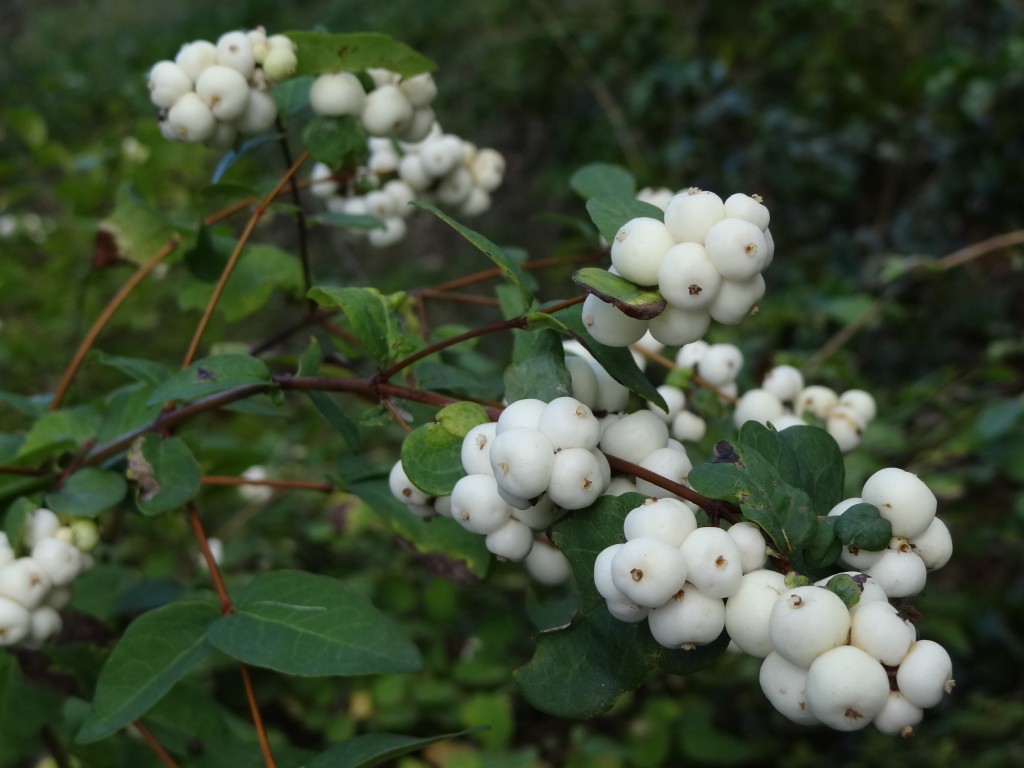 Snow Berries
Snow berries grow into beautiful white or light purple round balls on shrubs that are bushy, usually have white flowers and grow in bunches.  Symptoms include nausea, vomiting, diarrhea and abdominal pain.  Fortunately, their level of toxicity is relatively low, and you will probably need to eat quite a bit before developing symptoms.

Keep in mind that a lot of factors go into the development and severity of symptoms.  Children and pets are more at risk due to their small size, but anyone can have a serious reaction to these and other berries based on their physiology.  Make sure that you take a berry identification chart or become familiar with what berries are available in the area that you will be spending your time.  This will help you to avoid eating the wrong ones while enjoying those that are not harmful.