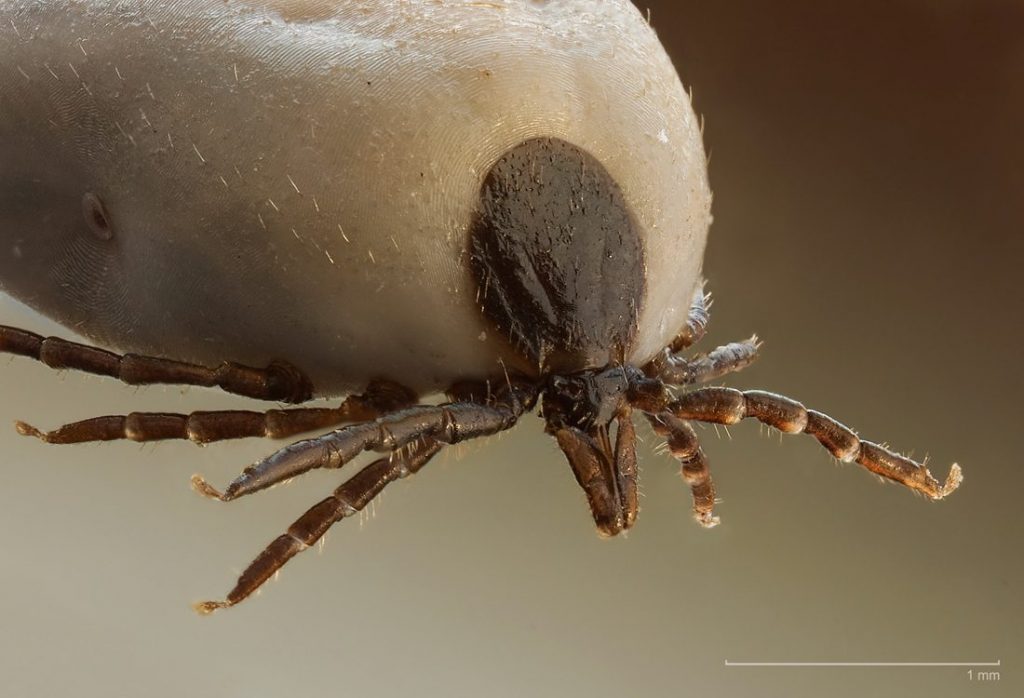 As we enter what is expected to be a heavier-than-usual tick season, it’s important to be mindful of a few common myths concerning these disease-carrying insects.  While well-intended, this misinformation actually creates confusion and unnecessary concern, and we can actually make our tick prevention strategies less-effective as a result.  Let’s separate fact from fiction by looking a some of the more-common myths out there.

A common belief is that ticks can fly or jump over great distances to reach a possible host.  Ticks can’t fly (they don’t have wings), and they also don’t jump far at all.  In fact, most ticks prefer smaller animals and rodents, so they tend to stay in tall grasses and shrubs that are at best a couple of feet above the ground.  While some ticks hang out in larger bushes and small trees, it’s rare to have one from up high jump on our bodies.

Ticks commonly land on our legs and sometimes hands.  However, small children are more-likely to have ticks fall into their hair.  Ticks then crawl to other parts of the body where they are usually discovered later on.  This gives people the false impression that they need to avoid trees and bushes when in reality, they should be more-worried about walking through tall grass and plants instead.  This is also why it’s so important to wear long pants high-top footwear and long socks, because these layers of protection will make it more difficult for ticks to climb aboard.

The second-leading myth is that DEET is a harmful pesticide that doesn’t work as well as natural methods.  The reality is that DEET, while minimally harmful if used as directed, is actually the best tick-repellent out there.  While there’s nothing wrong with natural alternatives, they may require a lot of trial and error before the right remedy is found.  Consequently, it may just make more sense to spray on some DEET-based repellent to provide you with instant and reliable protection.

Another common belief is that ticks can be easily-removed by burning them off the body with a flame or something hot.  Unfortunately, while burning the tick may kill it, it doesn’t necessarily mean that it will automatically become dislodged from the body.  Additionally, the risk of getting burned, damaging the skin, and even possibly infecting the bite isn’t worth the reward.

The most-reliable, safest, and effective way to remove ticks is by using a good pair of tweezers.  Grasp the tick and carefully pull up and back, in the opposite direction of the angle of the bite.  Repeat the same process with any legs or jaw fragments that may remain embedded in the skin after the body has been removed.

A lot of people panic after they get bitten but can’t find the tick in question to show the doctor.  While bringing the tick in for testing can indicate whether or not it was carrying disease, there’s no guarantee that that disease was transmitted during the bite.  Additionally, there’s no guarantee that an infection will generate an immune response by the body and start to produce symptoms.  Consequently, it’s a waste of time and money to get ticks tested under most circumstances.  At the end of the day, there’s not a lot that doctors can do to preemptively treat infections, so they will wait for symptoms to develop beforehand.  Since you know it was a tick bite, you don’t need to bring the tick to prove it.

Ticks are a growing threat, and they will continue to be for the foreseeable future as their range expands.  Hopefully, dispelling these common tick-related myths will help to alleviate some concerns and make it easier to create effective strategies to protect ourselves from exposure when we’re in tick-prone areas.