Home
|
Survival News
|
Are You Prepared for Climate Change SHTF? 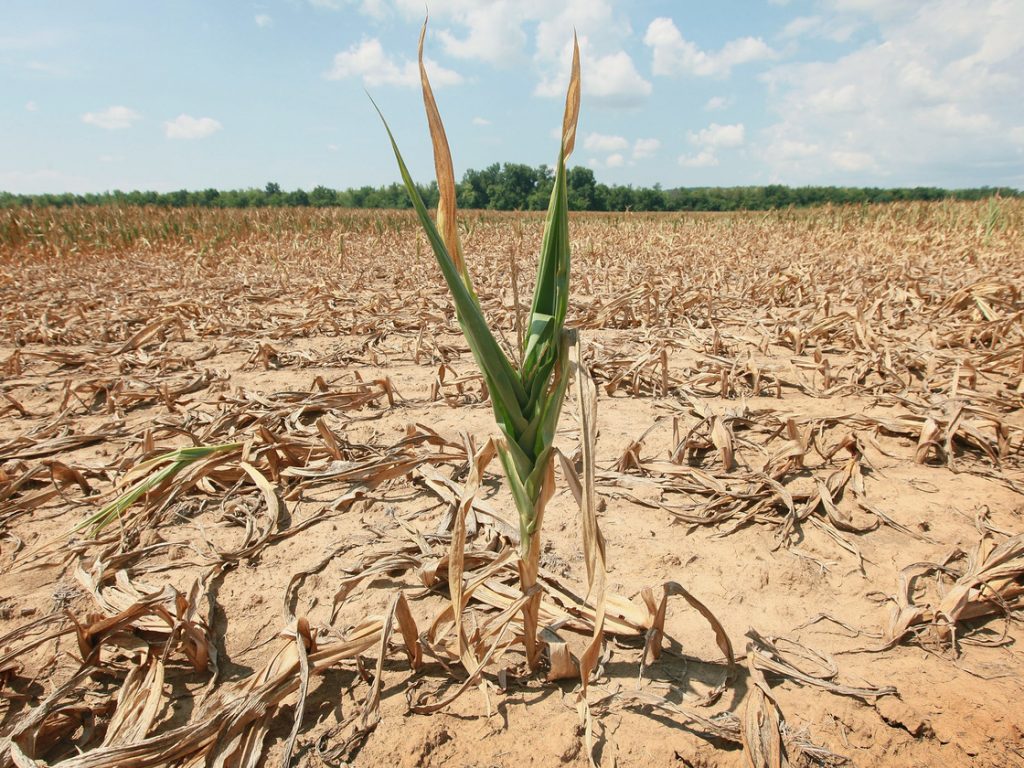 A corn plant that was  struggling to survive this week in a drought-stricken farm field near Shawneetown, Ill

The more time that people waste debating this reality means that there is less time and resources available to minimize the impact that it will have on our lives.  Climate change will upend political and economic systems around the world.  It will force people to migrate and turn hundreds of millions into refugees.  It will bring unpredictable weather which will impact everything from crop growth to the availability of water.

The effects will be slow and steady, but we will also be peppered with random, tumultuous events such as freak storms, uncontrollable wildfires and oppressive heat that will ultimately make many of our cities uninhabitable.  We’ve reached the point of no return, and the world is grappling with the fact that we can’t do anything to put the genie back in the bottle.  However, the world is also still slow to start moving in a proactive fashion to minimize its effects on humanity.

Climate change represents the biggest threat that we will face in our lifetimes, and during the lifetimes of our children and grandchildren.  However, because it’s difficult to predict with certainty when, where and how bad things will get at any point in time, people don’t take this threat seriously.  It’s kind of like Noah building his ark, in a desert, when there’s no sign of rain.  However, we all know who had the last laugh once the flood came.

It’s also difficult to embrace the reality, and effects, of climate change due to the politicization of the issue.  Consequently, tens of millions of people are adamantly-opposed to the notion of climate change simply because their favorite politicians don’t believe in the phenomena.  What these people don’t realize is that the fossil-fuel industry has pumped billions of dollars into the coffers of these same politicians, and the American public has been hoodwinked as a result.

It’s also important to separate the causes of climate change from the effects that we all see, feel and experience in one form or another.  Even if you don’t agree that human activity is responsible, or that maybe this is just a cyclical event that we’re going through, it doesn’t change the fact that we will need to cope with the effects nonetheless.

The good thing about the effects of climate change is that they are coming on gradually, and most of us have plenty of time to prepare before things get really bad.  The question is whether or not we’re making this a priority and taking advantage of these opportunities.

Take time to become familiar with some of the worst-case scenario projections that scientists are throwing out there.  Consider how they can influence your preps and plans for riding out a SHTF situation.  Even if they seem far-fetched now, and some of them may never become a reality, many will, and you want to be ready when that time comes.